Appropriation is the borrowing and recycling of imagery from past artworks, the immediate environment and the artificial media environment. Homage and Appropriation - Ian Scott Paintings 1986-1989 at the Annex from 27 May, is an exhibition of two series of paintings by New Zealand artist Ian Scott, which examines his use of appropriation.

Ian Scott is an artist who has made a number of stylistic switches during his artistic career. He is probably best known for his early 'Lattice' works (of which there are two in the Gallery's permanent collection), but has changed his style of art as international trends have moved and developed. Scott has focussed on the postmodern activity of appropriation since the mid 1980s.

The Signwriter Series, juxtapositions of the iconographic New Zealand landscape with superimpositions of shop window like text and the Painters Series, a play on the devices used by photographers when portraying artists standing the artist in front of a work, are the two series of works which make up this exhibition. The works on display will be among some of the biggest art works ever created in New Zealand. 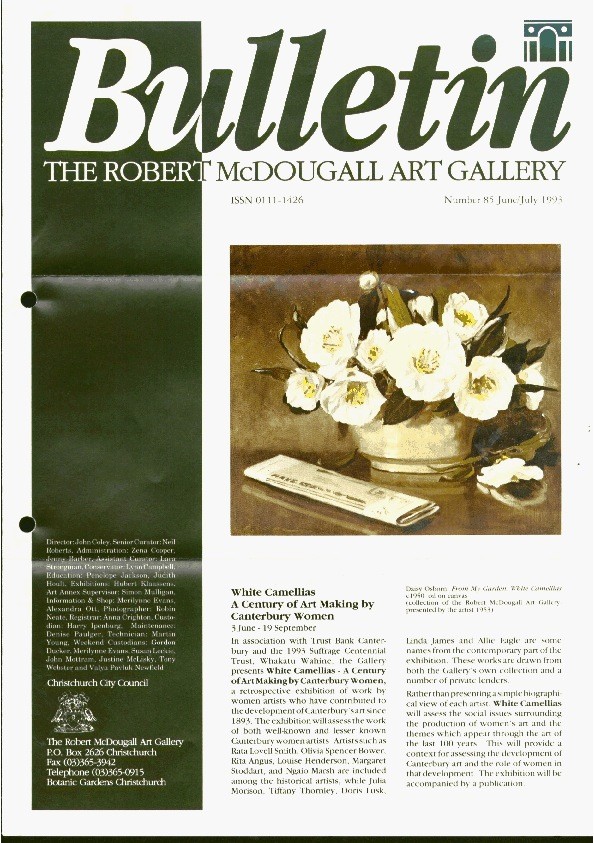