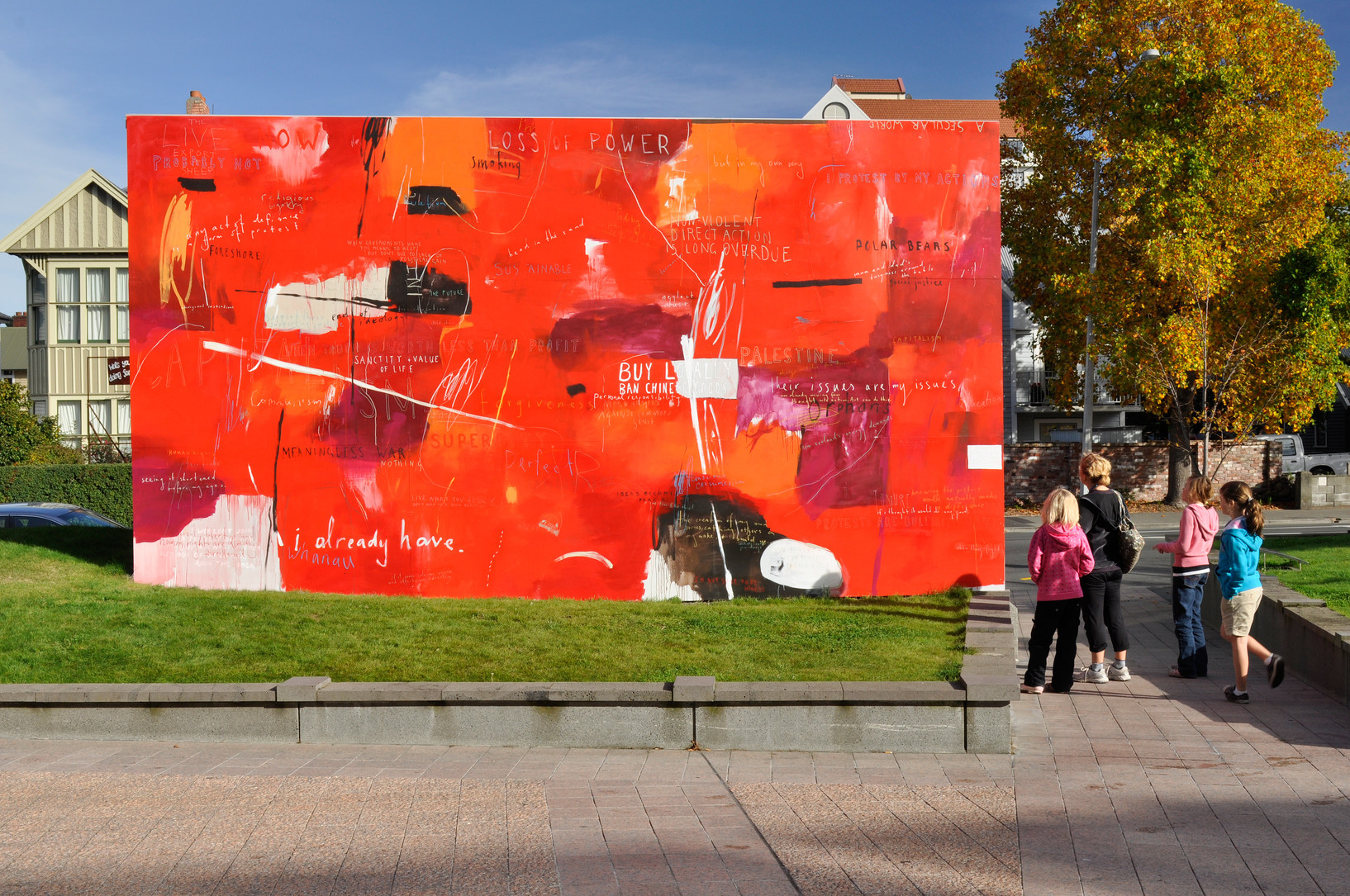 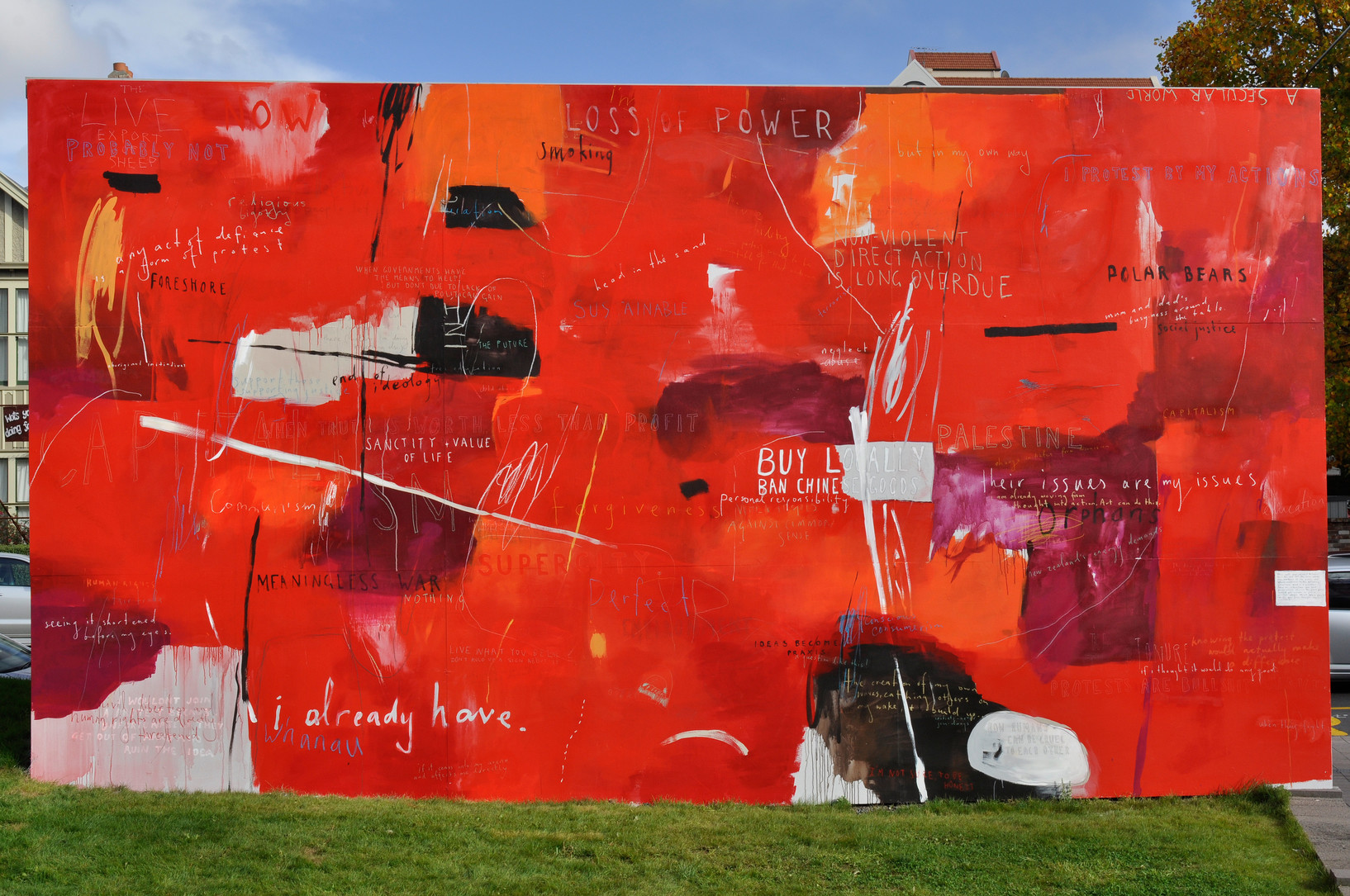 For this project Fiona Jack casually gathered responses from gallery visitors using a form which asked:

What is a political idea or situation you feel passionate about? At what point would you initiate or join a protest about this? What would shift you from thought into action?

Answers could also be sent by email. As people submitted their responses, the artist began to work them into a mural. As time evolved, one response could merge with another, layers were added, words overpainted and repainted. The result was an evolving conversation on the bunker wall.

In return for their responses, visitors received a photocopied and stapled 'zine featuring the short story 'A is for Anarchy' by Los Angeles writer Janet Sarbance

Jack was born and raised in Auckland where she received her Bachelor in Art and Design. She then completed her MA in Fine Arts at the Californian Institute of the Arts. 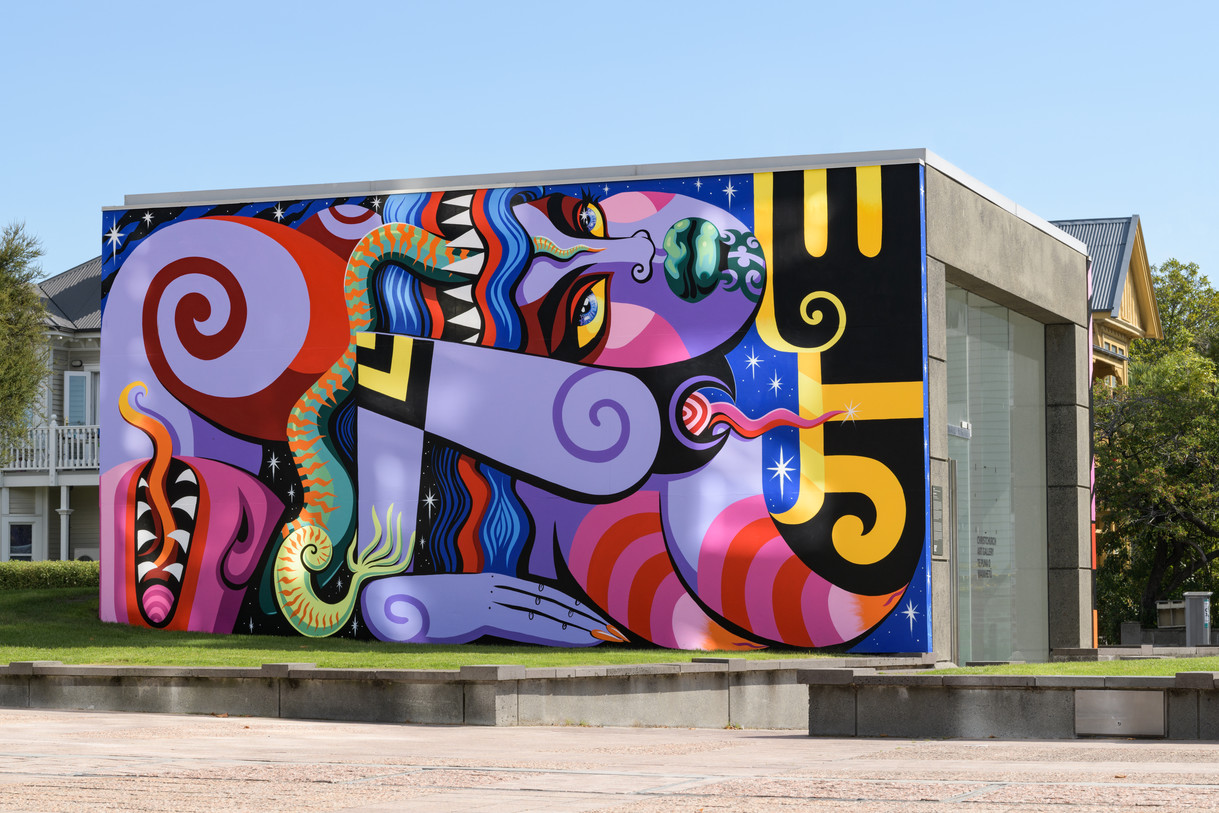