To most, apart from his direct descendants, the answer will be 'I don't know' or 'never heard of him,' or remarks to that effect. However, once this exhibition has run its course, decades of obscurity should end. Temple will be revealed as, not only the first Secretary/Treasurer of the Canterbury Society of Arts and a prime mover for its establishment, but also a late colonial artist of significance in Canterbury.

Edwyn Temple, or 'The Captain' as he was referred to by his friends and family, was born in England in 1835, the son of Lieutenant Colonel John Temple and the grandson of Grenville Temple-Temple 9th Baronet of Stowe. He was a member of a large patrician English family of military and political figures that reached back in time to Edward the Confessor. One ancestor, Sir Richard Temple, served with the Duke of Marlborough and every generation of the Temple family had members who pursued military careers. Edwyn Temple was no exception.

Educated at Rugby School, he entered the military services in 1853. During a brief period in Italy a relative, Princess Pondalfina, recognised his ability and engaged a tutor to teach him the rudiments of painting.

Temple was ensigned in 1854 and became a Captain in the 55th Foot (Westmoreland) Regiment in 1858. He later served in the Crimea and in India from 1864 to 1866. By that time he had married and the first of a family of nine children had been born. It was more than nine years after retiring from the army that he decided to emigrate with his wife and family to New Zealand, arriving in Lyttelton on 25 October 1879.

Within a very short time of his arrival, he was established and developed a network of ex-military friends in Christchurch. Some of these were among the group that got together in June 1880 to form the Canterbury Society of Arts. Temple's role in its formation cannot be overstated and, in acknowledgment of this, he was elected to the key role of Secretary/Treasurer of the Society.

In 1882 he moved to Geraldine to a property, 'Castlewood', which he had purchased the previous year. There he lived and farmed for almost three decades, a Justice of the Peace from 1883, but mostly concentrating on painting before retiring to live in Timaru in the 1900s.

There is no question that Temple had an inner drive. He was a compulsive sketcher who drew on any piece of paper readily at hand as the mood took him; letters, ledgers, telegrams, envelopes, even wrapping paper were all targets for his pen, pencil or brush. His imagination was fertile and, coupled with a sardonic wit, resulted in many lively and amusing drawings and paintings. Though he was not considered to be a professional artist in the accepted sense, he was serious in his endeavours with painting and his approach was nothing short of professional. To have spent the time to produce such a quantity of work, of which those in this exhibition are only a small representation, shows that he was not just engaged in a diverting pastime.

Between 1880 and 1892, which was his most active period as an artist in New Zealand, Temple made many trips over the South Island with his relative and friend James Dupré Lance of Horsley Down Station. He also travelled with the government Surveyor John H. Baker. It was during these trips that he made sketches that were later developed into more major paintings, many of which he regularly showed at either the Canterbury Society of Arts, or the Otago Art Society annual exhibitions where they often received favourable notice from contemporary reviewers.

Temple also exhibited beyond New Zealand, first in 1880 in Melbourne, then in 1886 at the Colonial and Indian Exhibition London. He was also represented at the New Zealand Industrial Exhibition in Wellington in 1885 and the New Zealand and South Seas Exhibition held in Dunedin in 1889–90.

He made return trips to England in 1892 and 1909 during which he made many landscape paintings.

Although the landscape was dominant in Temple's work, it was the alpine region of the South Island that particularly interested him and made him recognised in Canterbury as a specialist in this genre. Lakes Wanaka and Wakatipu were of special interest and these locales formed the backdrop to his imagery. From an early age Temple had visited Switzerland and the Lake District where several of his uncles had established themselves as gentry around Lake Ullswater and, in a sense, he had found a New Zealand equivalent to this experience. At the time of his death in 1920 Temple had amassed a considerable body of work that included paintings and drawings from his imagination that were pure fantasy as well as landscape, caricature and narrative subjects. Today, many hundreds of works are held by Temple's descendants scattered throughout the world but he is also represented in collections held by the National Library of Australia, Canberra; Hocken Library, Dunedin; Alexander Turnbull Library, Wellington; Centre of Contemporary Art (incorporating Canterbury Society of Arts) Christchurch; as well as the Robert McDougall Art Gallery.

This exhibition comprises 155 works and chronicles Edwyn Temple's oils, watercolours and drawings over six decades. It will be supported by a publication Edwyn Temple: His Life and Art. 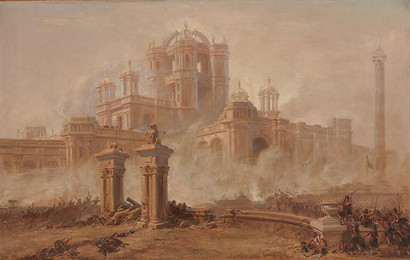 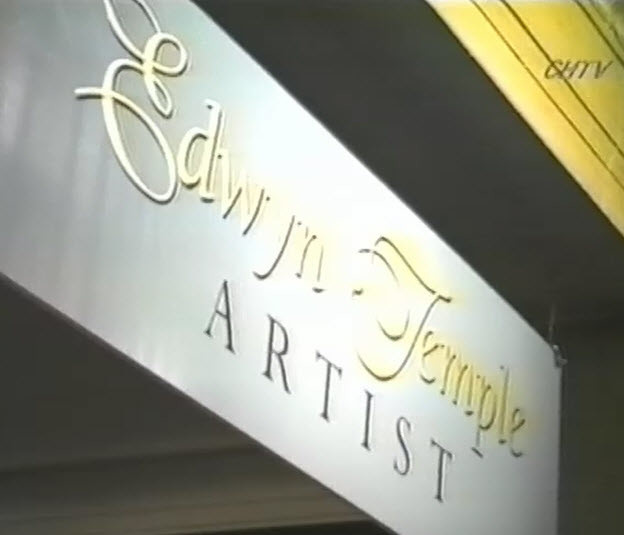 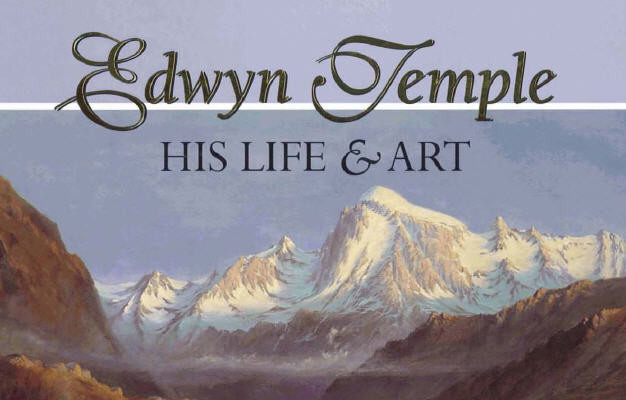 Edwyn Temple - His life and work

Edwyn Temple: His Life and Work

Edwyn Temple: His Life and Work was published on the occasion of the exhibition Edwyn Temple - artist, held 15 April-13 June 1999, at the Robert McDougall Art Gallery, Christchurch, New Zealand.