During the first two decades of this century the artist Charles Nathaniel Worsley was a constant exhibitor at art society exhibitions throughout New Zealand. His picturesque watercolours of Europe were particularly popular.

Largely a studio artist Worsley did however work out of doors making watercolour notes and studies. Most of his painting of European subjects were developed from such preliminary work.

Born at Sidmouth, Devon, Worsley received his initial art training in London. After several years he furthered his studies at art colleges in Antwerp and Paris.

During the late 1880s and through the 1890s his travels around Europe were extensive and he lived for short periods in Holland, Portugal, Spain, France, Germany and Switzerland. The product of his travelling was hundreds of sketches and watercolours.

From 1888 he exhibited at the Royal society of British Artists, the royal Academy, London and elsewhere. In 1897 Worsley and his wife decided to leave England. Mrs Worsley suffered from asthma and was strongly advised to seek a better climate. New Zealand was chosen as a place where it was thought her health might improve. It was also a country, it was perceived, which offered distinctive scenery for traditional landscape artists. Shortly after arriving Worsley lived in Gisborne then in Wellington and in 1901 moved to Christchurch. Over the following twenty years there were a succession of shifts around New Zealand and he lived variously at Nelson, Napier, Auckland and returned to Christchurch on two occasions, the last in 1920. Between some of these moves he travelled back to England and the Continent on painting trips. It was during one such extended visit that he died suddenly at Brescia, Italy on 27 April 1923.

Worsley was keenly drawn to the picturesque aspects of the English and Continental landscape but did not remain uninfluenced by Romantic Realism, often choosing subjects that involved a personal view of contemporary life in European cities with depictions of ordinary people engaged in simple daily tasks. Worsley's New Zealand watercolours, involved less of this emphasis even though his painting excursions through New Zealand were as equally wide ranging as they had been in Europe, resulting in studio watercolours of the landscape that were often grandiose in scale.

This small exhibition comprises works dating from 1897 to circa 1920. Many are from the gallery's own collection but some are from other public and private sources. 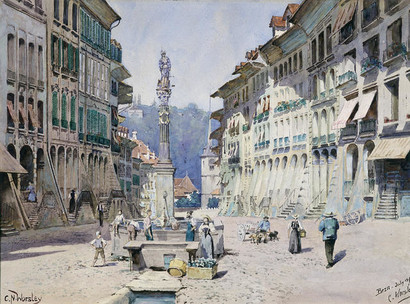 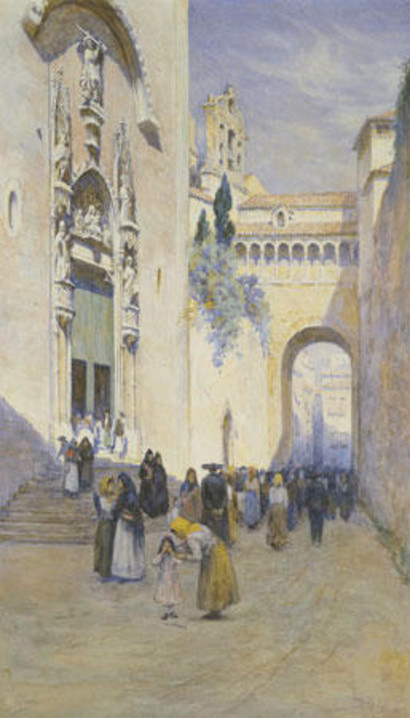 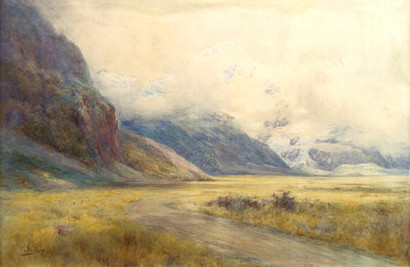 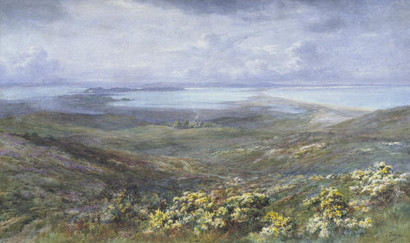 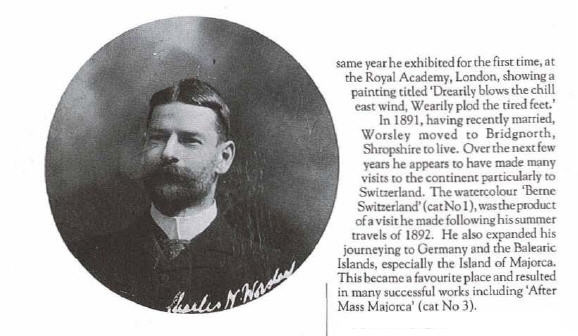 Catalogue of an exhibition of paintings by the British artist, and frequent visitor to New Zealand, C N Worsley. His speciality was exquisite depictions of picturesque Spanish and Swiss scenes, many of which are in the Gallery's own collection. 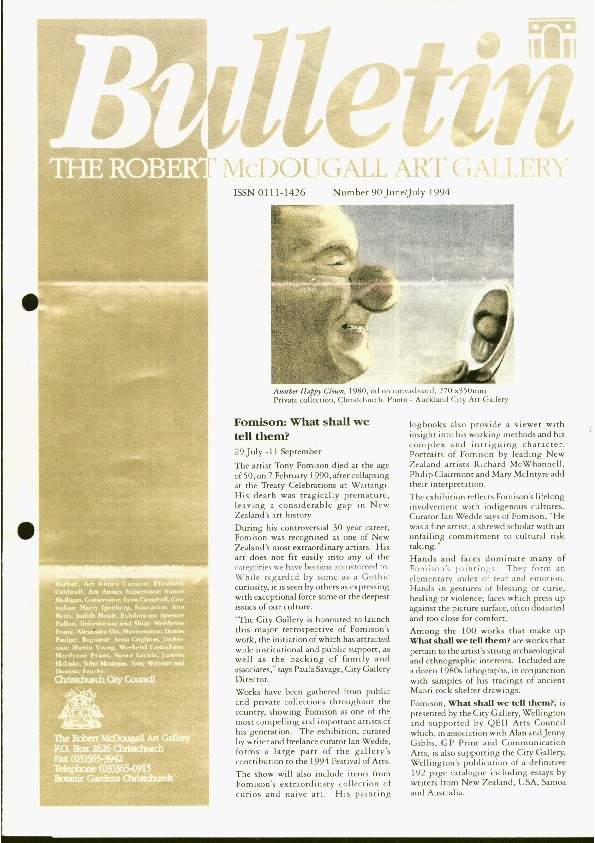