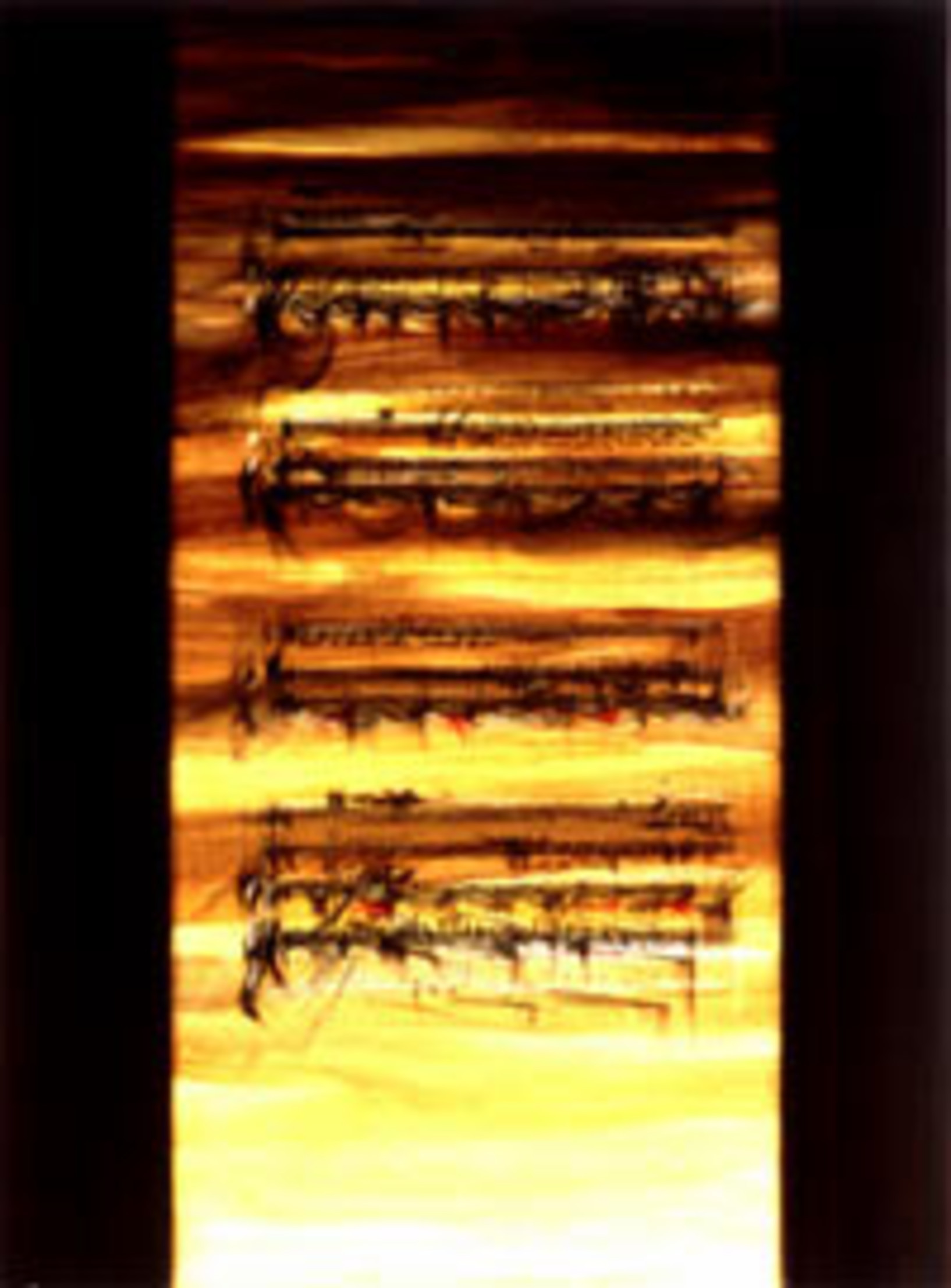 A dramatic exhibition by Christchurch artist Nigel Buxton recalling the grim story of Bluebeard and his wives.

The latest exhibition to open at the Gallery recalls the grim story of Bluebeard, which has been tantalising people since the seventeenth century. The original 'Bluebeard' is said to be a French Duke – Gilles de Rais, who in fact had only one wife. But the legend has grown to seven wives who were said to each be locked in a room in his castle, before he moved on to his next victim.

It's a story that has inspired many artists, including the Hungarian composer Béla Bartók who wrote an opera, Duke Bluebeard's Castle. And it is Bartok's opera that inspired Christchurch artist Nigel Buxton to paint the series Bluebeard's Castle, which make for an ethereal and dramatic exhibition.

Bartok's opera was powerfully visual and Buxton has used the idea of painted musical scores in the same way – using thick, viscous oil paints. The music becomes the subject and the colour and darkness suggests Bluebeard's dark and forbidding world.

Nigel Buxton trained as an artist in London but has been in New Zealand for 20 years. Between 1993 and 1997 he was Director of the Centre of Contemporary Art in Gloucester St.

Bluebeard's Castle will show at the Christchurch Art Gallery until 19 October. At 7.45pm on Wednesday 24 September a recording of Bartok's opera will be played in the auditorium as part of the Montana Wednesday Evenings programme. 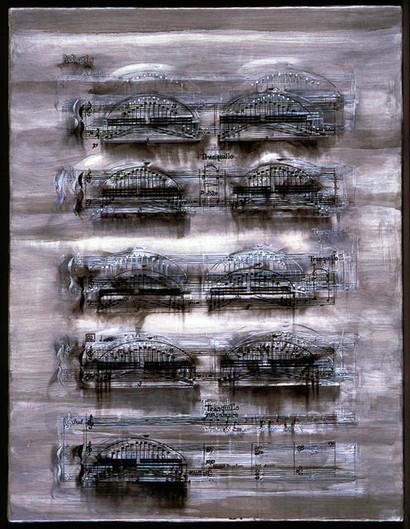