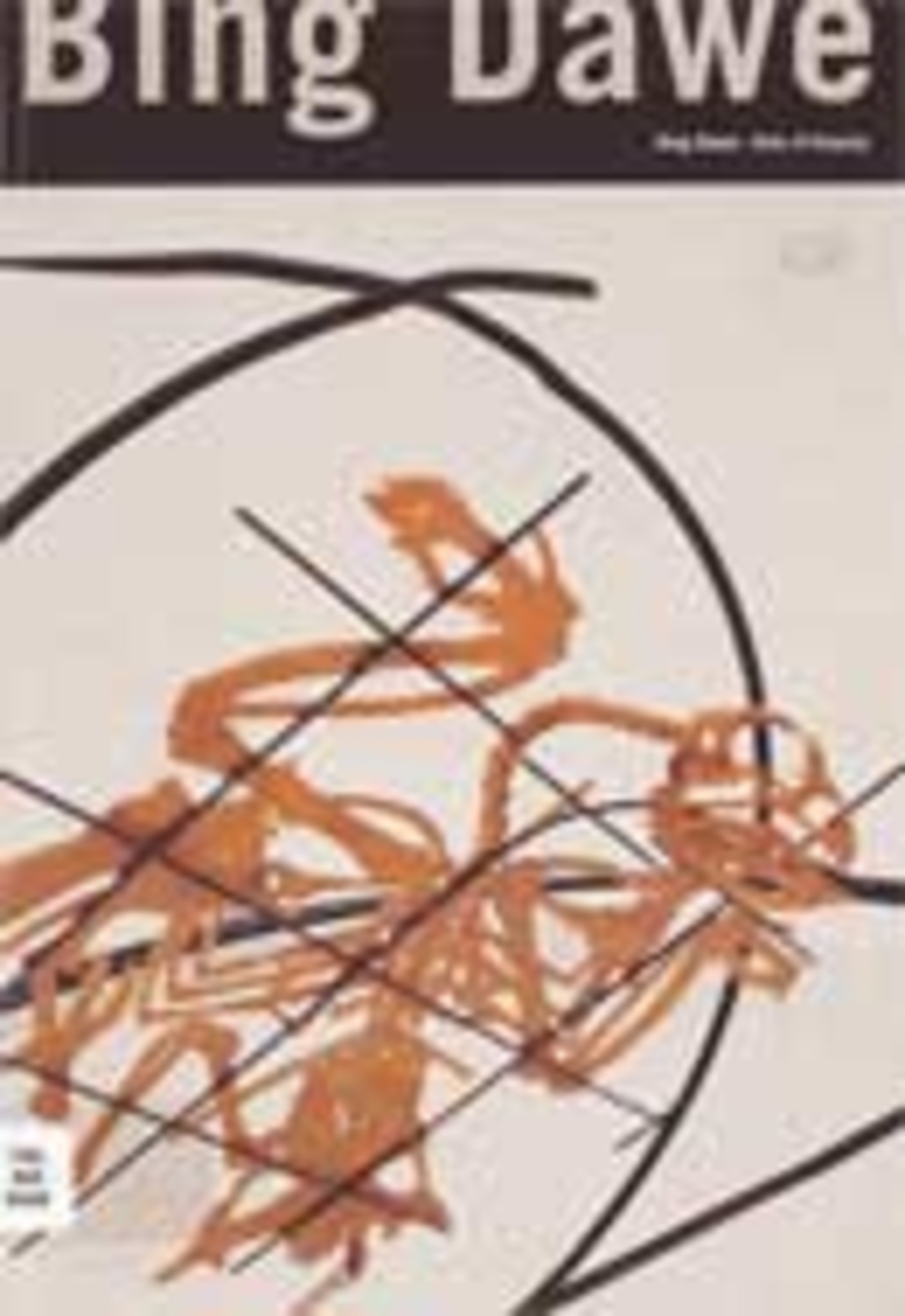 Bing Dawe The Cockfight (detail from book cover) 1984. Wood and steel. Collection of the Forrester Gallery, Oamaru. Purchased with the assistance of the QEII Arts Council Contemporary Art Acquisition programme.

Survey exhibition of work by the Canterbury sculptor supported by a selection of prints and drawings.

It is entirely appropriate that this significant exhibition by one of New Zealand's most prominent sculptors, Canterbury resident Bing Dawe, is staged at Christchurch's Robert McDougall Art Gallery 4 June – 8 August 1999.

Spanning a period of more than 20 years, this survey exhibition includes both sculpture and prints and will enable visitors to follow the gradual evolution and refinement of Dawe's complex sculptural language.

Dawe's work is distinctive in its ongoing personal engagement with, and commentary on, the human condition. Early and recent sculptures reflect environmental and political concerns and the global impact of technology. Expressing his strong interest in Canterbury, particularly its rivers and fishing areas, Dawe's personal experiences trigger associations with collective memories. A recurring element in Dawe's work is his combination of beautifully worked materials with grim and often violent subject matter. His sculptures consider the global through familiar and intimate metaphors with which we are all familiar.

In addition to the acclaim he has received as an artist, Dawe has also fulfilled an important role in terms of art education in Canterbury. As Programme Co-ordinator of Craft Design at the Christchurch Polytechnic since 1989, Dawe has actively encouraged emerging artists in order to ensure the growth of art, and particularly sculpture, in Canterbury. His numerous public commissions provide ongoing stimulation and enjoyment for a wide spectrum of viewers.

Born in Glenavy, North Otago, in 1952, Dawe graduated from the University of Canterbury's School of Fine Arts with a Diploma of Fine Arts in 1976. After leaving art school he began producing extremely distinctive sculptures which presented modern devices, such as record players and car parts, as archaelogical objects. One of these invented archaeologies, From the Days of Oil: Car Parts Revisited, reveals Dawe's interest in environmental issues, in this case the oil crisis of the 1970s and the subsequent 'car-less days.'

Between 1981 and 1982, Dawe made a series of 'endangered species' sculptures as part of a protest against the proposed Aramoana smelter near Dunedin, where he used bird forms as a metaphor for political and environmental conflict. These works explore Dawe's personal dilemma between protesting against the smelter and his passion for aluminium racing bikes. A bird's wishbone forms the compositional centre and middle ground of each work, while its wings symbolise the binary opposition of the arguments for and against. As in the Cockfight series, Dawe uses the bird to symbolise spiritual transcendence and freedom. The mechanical devices he has integrated into the wing structure both hinder and help the bird's flight, probing our own attitudes towards resources and the environment.

Connecting moments of personal experience with global concerns, Dawe's sculptures imbue the often clinical and faceless arms race with a terrifying intimacy. With its contorted and flattened forms and symbols of entrapment, The Cockfight (1984) is one of Dawe's most powerful statements on the human condition. References to violence and brutality extend the metaphor of the exploitation of animals for human sport to the terrifying 'game' of nuclear warfare. The focus of this work is the management and manipulation involved in warfare and the ultimate self-destructionrepresented by nuclear weaponry. A black circle of steel signifies both a fighting ring and a bomb crater formed by the expanding blast of a nuclear explosion. With titles like Missile Throwing Device and Bomb Blast, the (unlucky?) 13 prints accompanying this sculpture reinforce humanity's perpetual conflict between technology and survival, power and freedom.

Another large work dealing with similar themes is Two Men Gaming: Composition with Figures on a Green Field (1986), which translates the threat of global warfare into a game of table tennis. Inspired by the intense body language he witnessed between two men playing whilst he was working at the Islington Freezing Works, Dawe used the game to express his concern at the increasingly artificial nature of international warfare. Viewing the 'complexities of the world through the body', Dawe's Grotesques series provides a frame for exploration of the confines and tensions of the human figure. Through their physical distortions and irregular proportions, the Grotesques satirise human phobias. A popular element in medieval travellers' tales, they also reflect contemporary foibles, such as the representation of humility in Man with his Face in his Chest. Many of these figures were incorporated in Dawe's significant and controversial sculpture, The Fabulous Races (A Sculpture for Children 1989), which now graces the market square of the Christchurch Arts Centre and was designed to stimulate the imagination of children.

Fundamental to Dawe's work is the relationship between the personal and the global. Dawe draws much of his imagery for the 'cabinet' series from the Waitaki River he grew up beside and other South Island waterways such as the Hurunui River, Lake Ellesmere and Birdling's Flat. As well as tapping into our emotional response to eels – the inherited love/hate relationship – eels provide an analogy for the human life cycle and the relationship between humanity and nature. As the curve of the cabinet lid, based initially on the curve of the glory box, recalls the curve of the earth, the interior of the cabinet is akin to a simplified landscape. Where the gutted eel lies bare, its hollow interior echoes the emptiness of the cabinet and the earth's diminishing resources.

Whereas the river represents a cycle of life, the cabinet can be seen as a barrier, like an eel trap. Technology, ever present in Dawe's work, is implied in this series by the grid form of the trap. The existence of an eel, interrupted by the laying of a trap across a river, represents the continuum of life itself, and the moment of the eel's death breaches the continuum, allowing Dawe to provide the viewer with a snapshot of time. In this way, Dawe draws attention to the distance caused by technology between the natural world and humanity and the bizarre contortions necessary to understand simple, natural laws.

The exhibition Bing Dawe: Acts of Enquiry will be accompanied by a 44-page colour catalogue, which has been generously supported by the Christchurch Polytechnic. The catalogue will include an essay by local writer Cassandra Fusco, an interview between Dawe and Felicity Milburn, Curator of Contemporary Art, Robert McDougall Art Gallery, and a focus on one of Dawe's cabinet pieces, Eel: Birdling's Flat – Black Stones, Waitaki River, by Auckland-based art critic, Justin Paton. It will be available for sale from the Robert McDougall Art Gallery shop from 4 June. Selected images from Dawe's comprehensive workbooks will be also accessible on a computer in the Gallery and the exhibition will be supported by a series of artist floortalks. 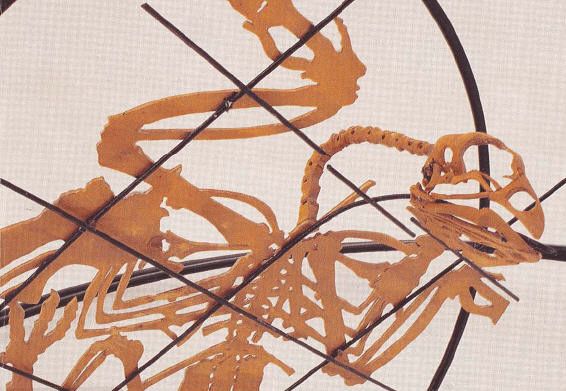