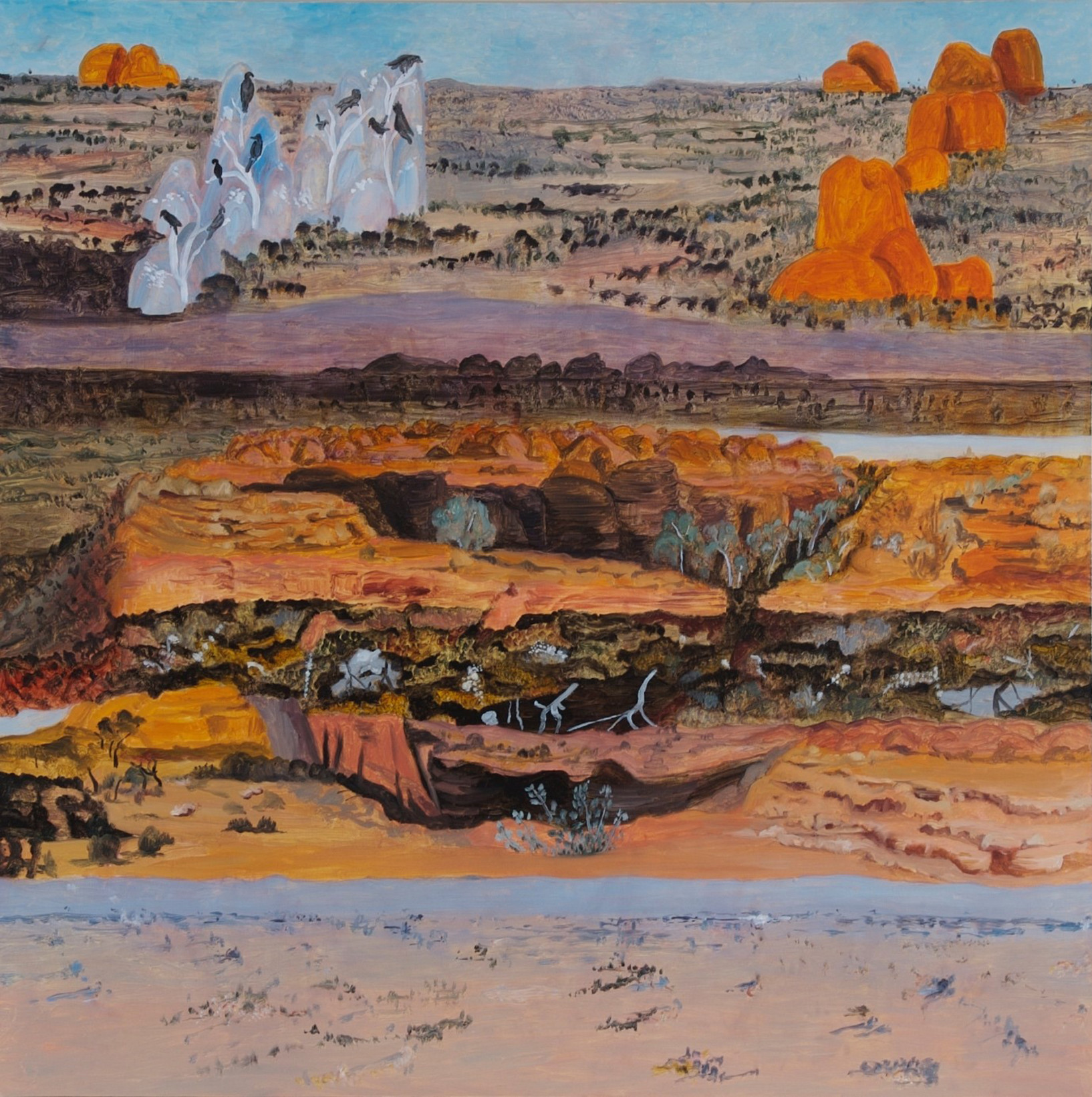 Barbara Tuck When the water came 2012. Oil on board. Private collection 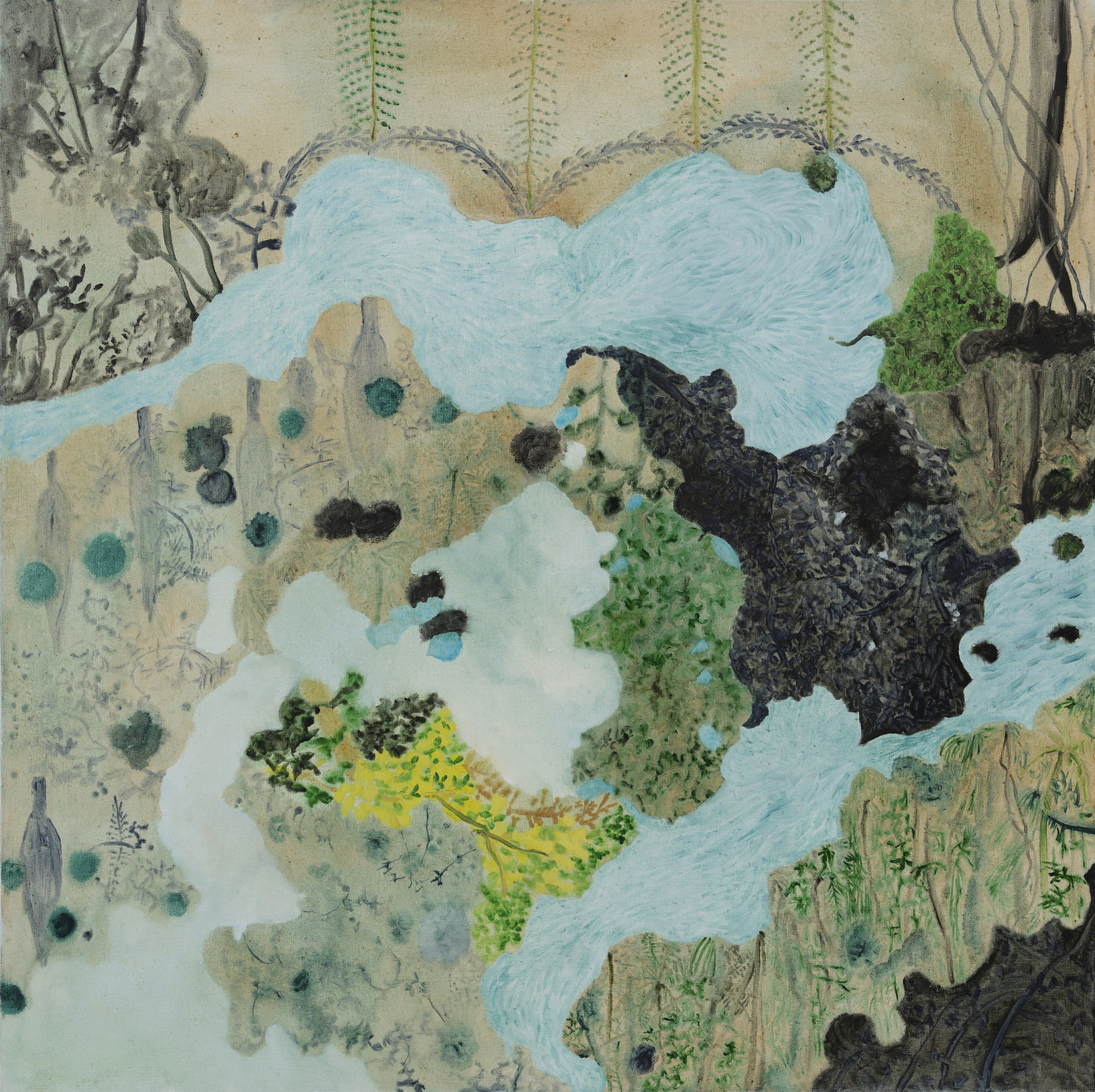 Barbara Tuck's paintings are alive to eons of geological time, attuned to histories of human habitation, and attentive to the present environmental crisis. Revealing the influence of travel and her wide-ranging reading across art, philosophy, poetry and science, this selection of works from across more than two decades is complemented by responses from a multi-generational group of Aotearoa art writers. The collaborative exchange offers fresh insights into the work of this senior Waikato-born artist, and into how we understand painting. This is a rare opportunity to engage with the work of this seasoned, deeply thoughtful practitioner. 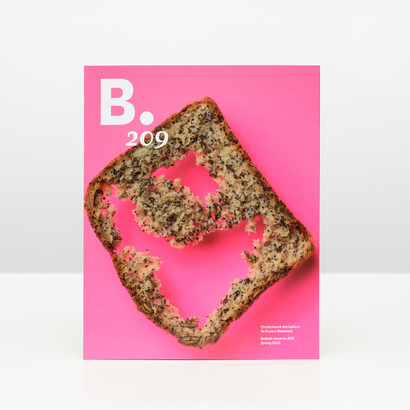 "Reinventions can be local, low-key, small scale and subtle in their specific effects."
Allan Smith, 1995

Among the selection of paintings that make up Delirium Crossing, Barbara Tuck’s Iris Gate stands apart. Painted in 1999, it is the earliest work in the show. Rather than the single square paintings that follow, this is a set of six rectangular canvases. Though small in scale, they are notable for their gestural vigour and looseness, their coloured grounds looking stubbornly like painted surfaces upon which figural elements float like collage fragments. No airy atmospherics, vertiginous perspectives, intricate tracery: ‘landscape’ has yet to appear. Equally, recalling earlier works, Iris Gate departs from the shaped, multipart, laser-cut aluminium paintings for which the artist became known in the early 1990s. Against the flow of art history, it marks a return to convention, in both format and facture, a backwards move to rectilinearity and the brush. 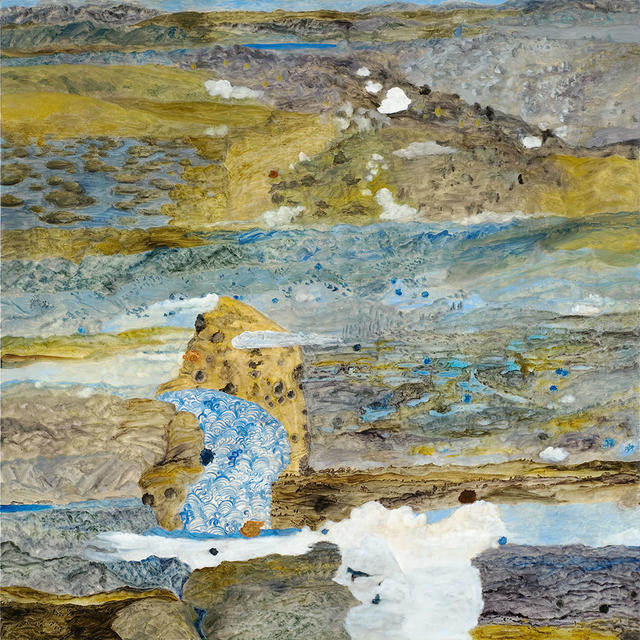 Shifting fluidly between abstraction and representation, Barbara Tuck’s intricate, interwoven paintings trace an imaginative path through real landscapes – the ancient mountains, rivers and valleys of New Zealand’s South Island. With multiple horizon-lines, oscillating viewpoints and lyrical juxtapositions, she reinvents this much-painted terrain, inviting us into a startling and enthralling dreamworld.