The title of this sculpture means 'Goodbye De Chirico' in Maori. By taking the forms of a classical female torso and leaf and relocating them in a New Zealand/ Pacific context, Dibble pays homage to Giorgio de Chirico (1888 - 1974), an Italian artist known for his atmospheric paintings of strange pseudo-classical buildings and deserted city squares. De Chirico often included unexpected or unrelated objects in his compositions, giving his paintings a mysterious and dream-like quality. Although they initially appear monumental, Dibble's bronzes are deceptively thin. He has said that he likes this flatness because it "promises so much from some angles, but delivers so little. Like a billboard or a building facade, it can be very powerful". While the torso is drawn directly from de Chirico's paintings, the leaf is an abstract symbol, suggesting the fall of modernism, which dominated Western visual art throughout the twentieth century. Interestingly, the phrase 'e noho ra' is used in Maori culture only by someone who is leaving and not when farewelling someone who is departing, a nuance that emphasises Dibble's intention of 'moving on' in a new artistic direction. 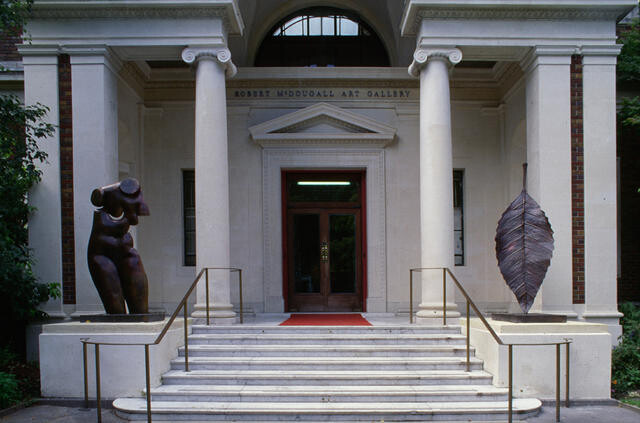 Installed outside the Robert McDougall Art Gallery, between 1995 and 2002 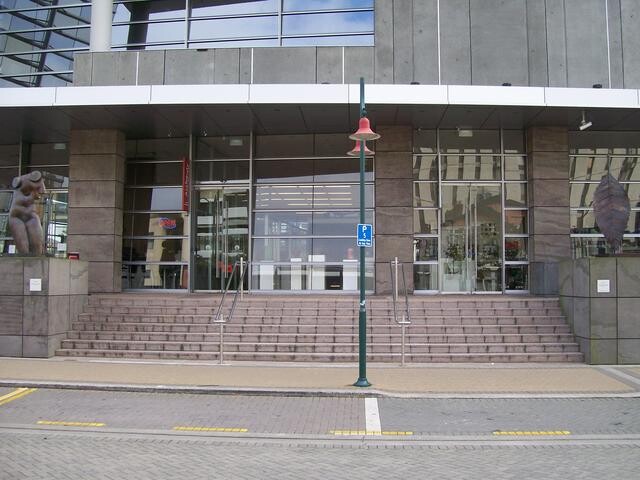 Installed outside the Christchurch Art Gallery Te Puna o Waiwhetū, between 2002 and 2007 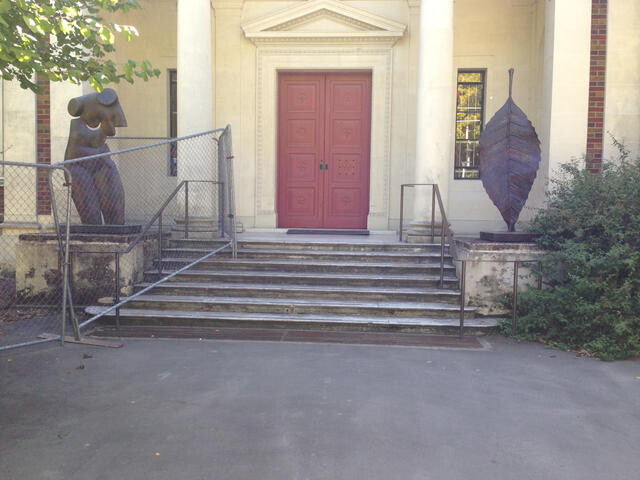 Back at the Robert McDougall Art Gallery, 23 January 2014