Bing Dawe has said of this work, "It reflects memories of fishing at Birdling’s Flat, where the cabinet becomes like a simplified landscape and the gutted eel lies upon it... Both are empty now but once were full of life or nourishment." Many of Dawe’s works have used the metaphor of the river to explore ideas about the human condition and our place within, and effect upon, our environment. By placing a realistically depicted eel on the functioning, but empty, cabinet Dawe deliberately crosses the traditional boundary between fine art sculpture and beautifully-fashioned craft furniture. Dawe was born in Glenavy, by the Waitaki River, in North Otago. He graduated from the University of Canterbury in 1976. Since 1974 he has exhibited throughout New Zealand and internationally, including at the 1992 ‘World Expo’ in Seville. Dawe has completed many public commissions and won a number of significant awards. 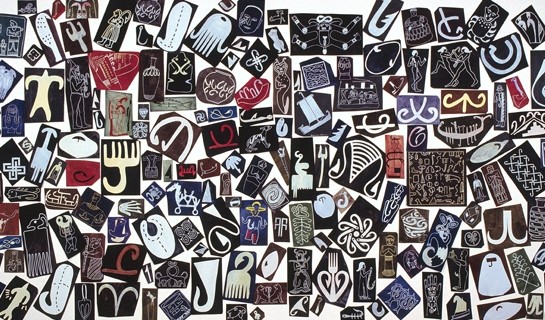 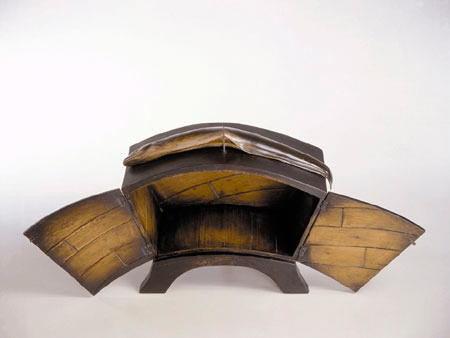 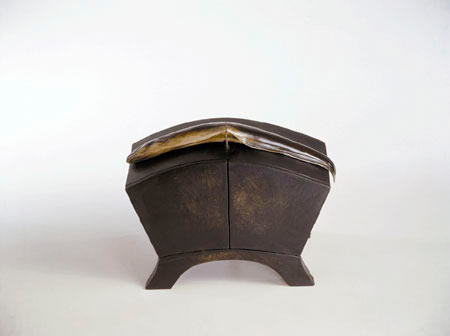