Don Peebles' Wellington series focused on the city and harbour, often from a high viewpoint, with blue representing the harbour and white representing the city. Wellington IV, like many other works in the series, is painted in a lively manner. In 1960 Peebles was the first abstract artist to receive the Association of New Zealand Art Societies' Fellowship Award of £1000. This enabled him to travel to Britain and Europe between 1960 and 1962. Peebles was born in Taneatua. Following service in World War II, he studied art in Florence, then at the Wellington Technical College School of Art. From 1951 to 1953 he studied at the Julian Ashton School of Art in Sydney. In 1965 Peebles was appointed to the staff of the University of Canterbury School of Fine Arts. He retired in 1986 to paint full-time. Peebles was awarded the New Zealand Order of Merit in 1999 and his work is represented in many public and private collections. 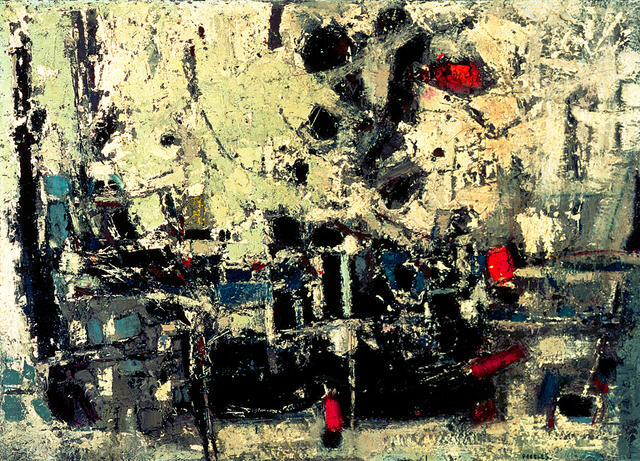