Louise Henderson produced several lithographs during the mid to late 1950s that reflect her interest in cubism at the time. The effects of having studied under the cubist painter Jean Metzinger in Paris in 1952 can be seen in this work, particularly the rendering of the cat in a series of interlocking flattened planes. Untitled (Cat) highlights Henderson’s use of the graphic nature of lithography to achieve subtle shifts in tone throughout the composition.

Henderson initially trained as an embroiderer and lace designer. After moving to Christchurch from France in 1926, she took up painting around 1931, largely self-taught. From the 1960s onwards, Henderson’s painting developed away from cubism towards a more painterly, abstract style. 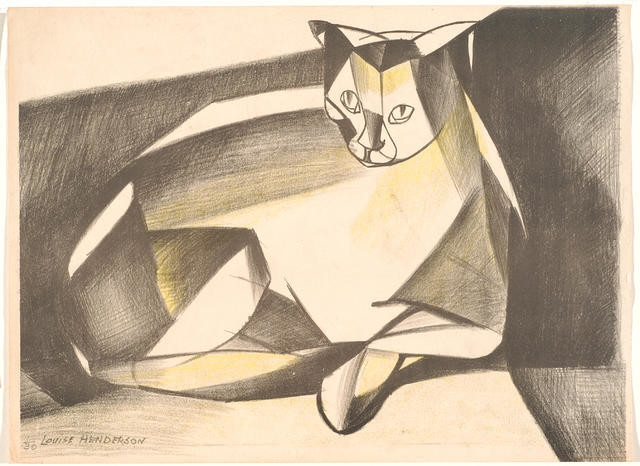