Hit is part of a series of works Philip Trusttum made based on the dynamics of tennis. The designs, shadows and patterns of tennis nets, shoes and logos combine to form a rich tapestry that reflects a certain South Pacific flavour. The painting is Neo-Expressionist in style, and so primarily concerned with the medium of paint and its physical and emotional qualities. Trusttum has said, “What I’m doing is playing tennis by myself with the painting, if you like, as my opponent. It’s very interactive yet a lot of tension can spring from that.” Born in Raetihi, Trusttum trained at the University of Canterbury School of Fine Arts, graduating in 1964. He has represented New Zealand on a number of occasions, most notably in 1982 at the ‘Sydney Biennale’, in 1984 in a solo show at the Kornblee Gallery, New York, and in 1985 in the group exhibition ‘NZNY’, New York. Trusttum has completed numerous public art commissions including Passport to the New Millennium, and a Year 2000 tapestry design. 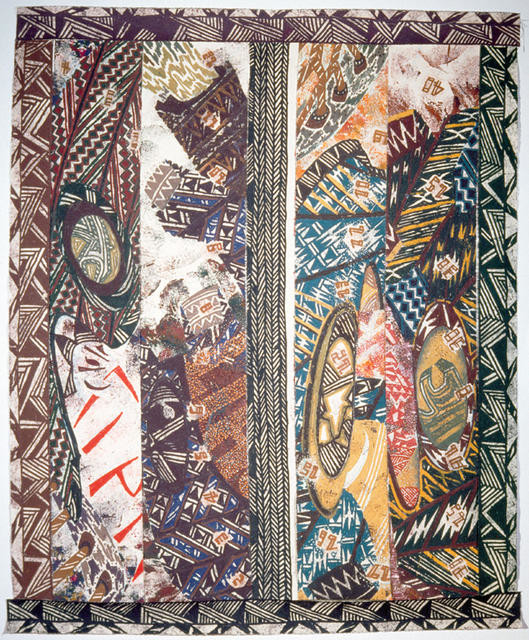