By the mid-1920s Margaret Stoddart had travelled widely within New Zealand but was always searching for new subjects. In June 1924 she journeyed to Tahiti, where she painted The Waterfront, Papeete, Tahiti. A leading New Zealand watercolourist of her day, Stoddart had fully developed her impressionistic style by the 1920s. The broad handling of the colour washes in this work suggests it was completed outdoors directly before the subject. Stoddart was born in Diamond Harbour, on Banks Peninsula, but in 1876 the family sailed for Britain and she received her early education in Edinburgh. The family returned to New Zealand in 1879, and in 1882 Stoddart enrolled at the Canterbury College School of Art. She was a founding member of the Palette Club, whose members were concerned with painting outdoors. After living in England for several years, Stoddart returned to New Zealand in 1907 and settled in Diamond Harbour. 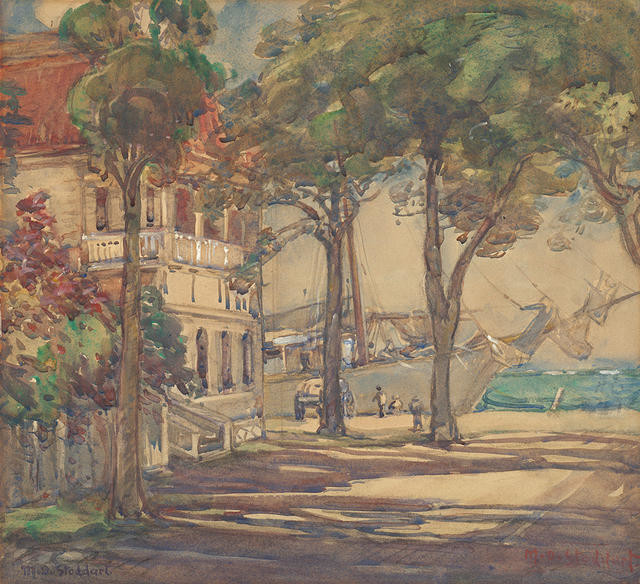