Darryl Robertson has arranged these 10 objects to suggest an important story is being told. Both the storyteller and the listener are surrounded by four small ‘dimpletrees’. Such an arrangement suggests the oral traditions that are significant to Mâori and Aborigines. This unusual work is a fine example of Robertson’s imaginative and engaging style. He has built up the clay pieces by hand, then raku fired and handpainted them. Robertson was born in Reefton on the West Coast of the South Island. He first trained at the Crewenna Pottery and then at Waimea Pottery, both in Nelson. In 1978 he furthered his training in England. Since 1984 Robertson has moved away from his roots as a domestic ware production potter, turning instead to a practice that better expresses his innovation and creativity. The New Zealand Government has presented examples of his work to many dignitaries, including the Emperor of Japan. 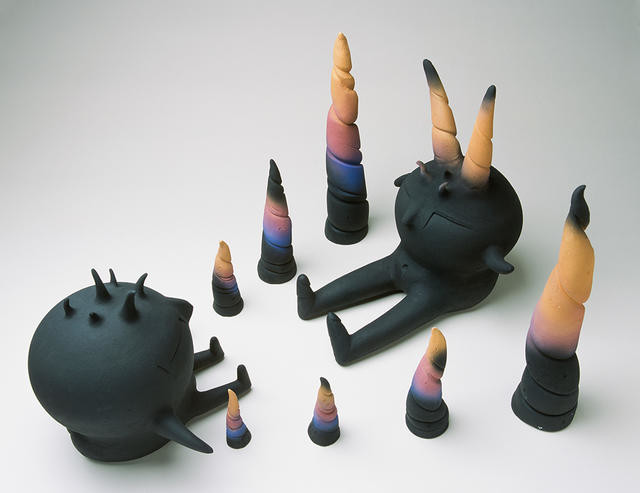