This etching was created for the 1883 Portfolio magazine, where it appeared opposite page 150. In introducing the etching, the magazine's publisher Philip Hamerton wrote: 'The spectator is supposed to be at a point in the Rue St. André des Arts from which may be seen the Carrefour and Rue de Buci. It is a very well-known spot in southern Paris, as it includes the angles of four streets familiar to every Parisian,— the rues de Seine, de l’Ancienne Comédie, Mazarine, and Dauphne. The object of the present illustration is to give the reader an accurate idea of the average Parisian streets as they existed before the new kind of Haussmann street was invented. The picturesque of the middle ages had almost entirely departed, though it was still met with occasionally, as in the gabled house in the distance of our etching; but as the streets were generally tortuous and the houses irregular, there was still a picturesque variety not to be met with in the new straight Boulevards and Avenues. Fashionable people lived contentedly on their flats in these streets at more moderate rents than they pay at present, and the whole system of Parisian life was narrower, simpler, and less ostentatious.' 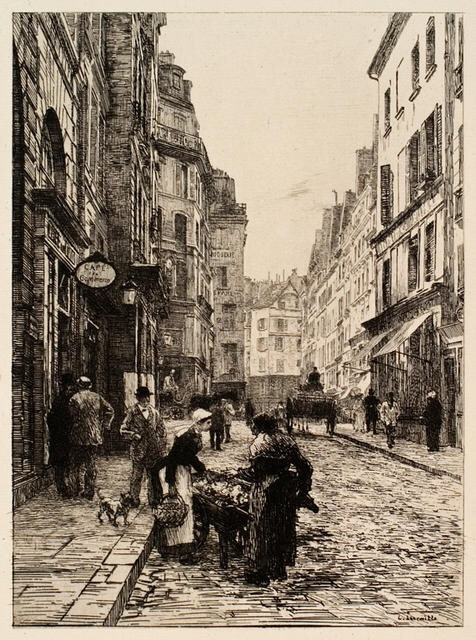 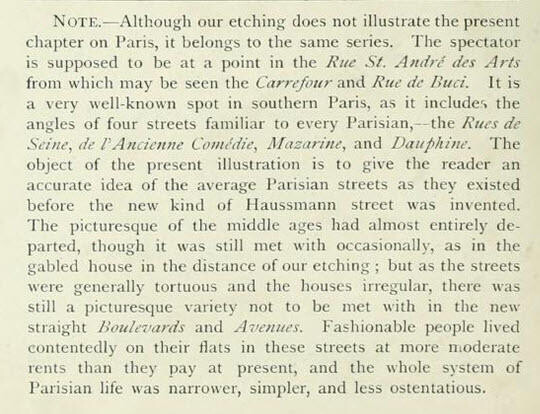 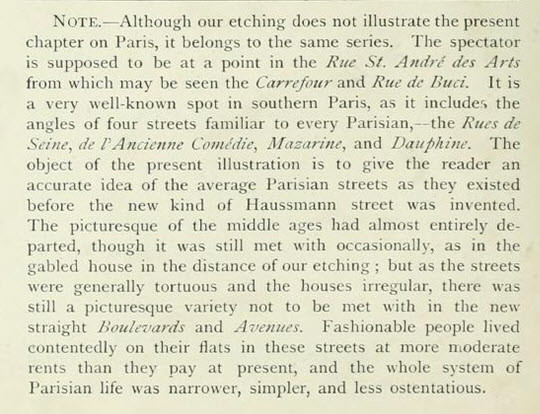 Nostalgia's not what it used to be

While we are closed, we are able to research some of the works in our collection whose stories have not been told.