Like many of Kathryn Madill’s images, Tiger has a strong sense of mystery and fantasy. Her works are often poetic or whimsical, drawing on literature or legend. Here, emerging out of the shadows, the half-human, half-animal head is turned away, suggesting the midpoint of a metamorphosis. The enigma is whether this is a person turning into a tiger, or a tiger turning into a person. A mezzotint (from the Italian ‘half-tint’) is a method of engraving in which the artist works from dark to light. Madill has taken full advantage of the technique, creating an image that appears to emerge from the darkness, as though it is an element in a strange dream. Madill was born in Ruatahuna, in Hawkes Bay. She graduated from the University of Canterbury with a Diploma of Fine Arts in 1971 and has spent many years living in Dunedin. From 1972 until 1994 Madill concentrated on printmaking, working in drypoint, woodcut, lithography and especially mezzotint. 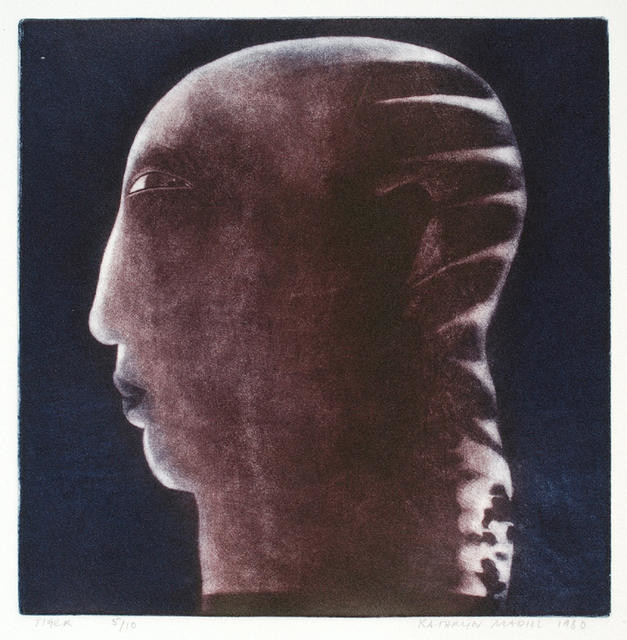