This painting is from a series of 139 works in which Trevor Moffitt charted his father’s life. Simultaneously mundane and profound, they are deeply personal, but also reflect universal experiences – the complex relationship of a man with his father, the cycle of loss and grief, and the fear of growing old and losing independence.

Moffitt’s work was often biographical and he has been described as a ‘painter of vignettes’. His style is spare, figurative and expressive. He was one of New Zealand’s most respected regional artists whose concern had always been the places and human conditions that are unique to this country.

Born in Gore, Moffitt grew up in the gold mining township of Waikaia, in Southland. He went to Southland Technical College, then in the 1950s attended the University of Canterbury School of Fine Art, despite his father’s opposition. Moffitt lived in Christchurch and, as well as teaching art, exhibited extensively. 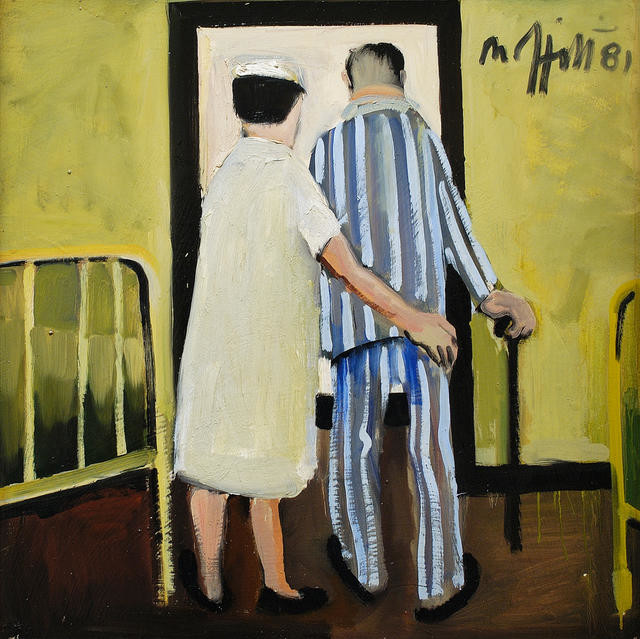