Emblem is a hand built sculptural form made of stoneware. Taking his ideas from the native bush of New Zealand, James Greig developed the idea of a ‘growth form’ pot, symbolising growth and change. Greig adopted the Japanese concept of the artist as master craftsman expressing himself as a philosopher. He believed that art is a universal language and a vital force for peaceful international communication. Greig was born in Stratford, New Zealand. He studied architecture but in 1959 was taught to pot by Len Castle (b. 1924) one of New Zealand’s first full-time potters. From 1964 to 1967 Greig was in charge of the Art and Design Centre Pottery Studio at Massey University, Palmerston North. He received a Japan Foundation Fellowship in 1982/1983 to study the work of the celebrated potter Kawai Kanjiro (1890 -1966) whose philosophy and work he greatly admired. Greig is represented in public and private collections around the world, including the Victoria and Albert Museum, UN Headquarters in New York and the Glasgow Royal Museum. Greig died in Japan. 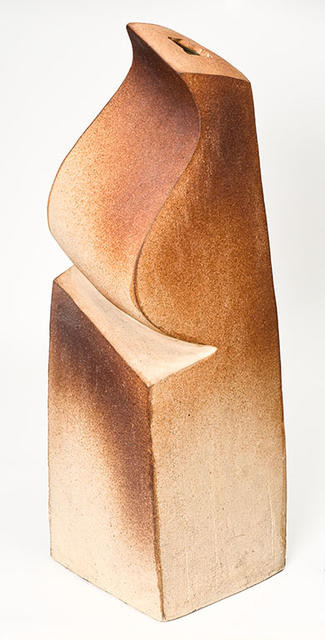