Ivy Copeland received private tuition from C.F. Goldie before training at the Elam School of Art in Auckland. She was a versatile artist, depicting a range of subjects in both oils and watercolour. As a young woman, she travelled to Europe with the assistance of the Education Deaprtment, and her later work revealed the influence of the nineteenth century French painting she saw there. This work, made while she was holidaying in the Rotorua area, depicts three Māori women gathering in the kumara crop. The warm colours she has used are quite unusual for New Zealand painting of this time, suggesting the sun-soaked Tahitian scenes captured by French artist Paul Gaugin. 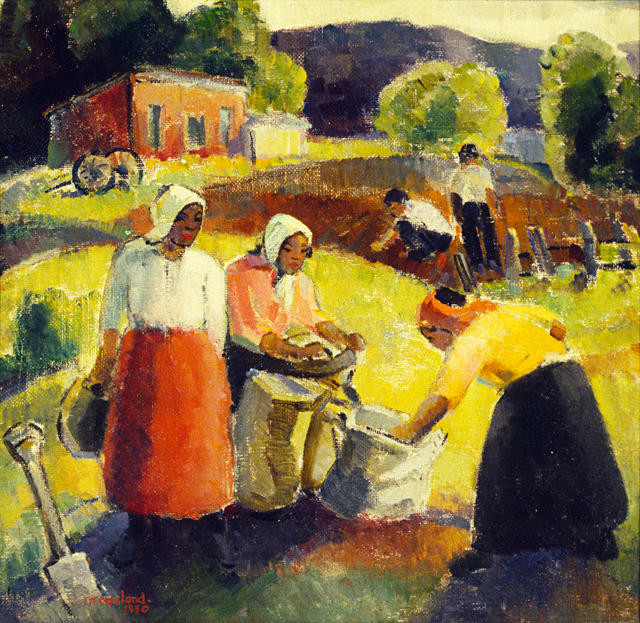