In this sketch Toss Woollaston is both tentative and playful – the pencil and brush seem to dance across the paper. While he gives only the barest impression of an actual landscape, Woollaston has captured the pleasure of an enjoyed moment of breathing in the colour, light and air of a generous, open space.

Woollaston was one of the pioneers of modern art in New Zealand. His highly individual form of expressionist landscape painting was indirectly influenced by the theories of the German painter Hans Hoffman (1880–1966).

Woollaston was born in Taranaki but in 1928 his family moved to Riwaka, in the Nelson area. He studied part-time at the Canterbury College School of Art and in Dunedin. In 1949 he began his job as a travelling salesman but as his career progressed he received a number of awards that enabled him to spend more time painting and to travel. In 1979 Woollaston was made a Knight Bachelor. 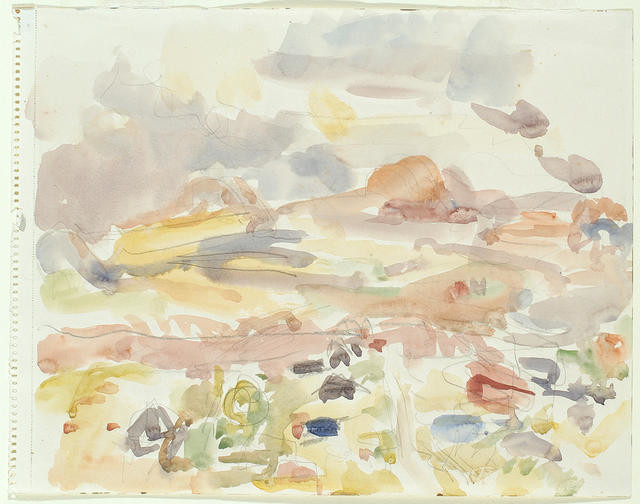