Still life paintings were popular in Dutch art and began to emerge as a genre in their own right during the 16th century. Despite their popularity with the general public, art academies of the period did not regard them as highly as landscape or religious paintings. Working in a precise academic manner, Willem Frederik van Royen has painstakingly observed and recorded the objects in the still life. His style was influenced by his time studying under Melchior D’Hondecoeter (1636 -1695) who specialised in finely detailed paintings of birds of rare plumage. Van Royen was born in Haarlem, in the Netherlands. In 1669 he was appointed Court painter in Potsdam by Friedrich Wihelm, the Great Elector of Branden-burg-Prussia. In 1689 his appointment was renewed by Frederick III and he moved to Berlin, the largest city in Brandenburg. There he became a founding member of the Berlin Academy and later became its Director. Van Royen received a considerable pension from the Prussian court. 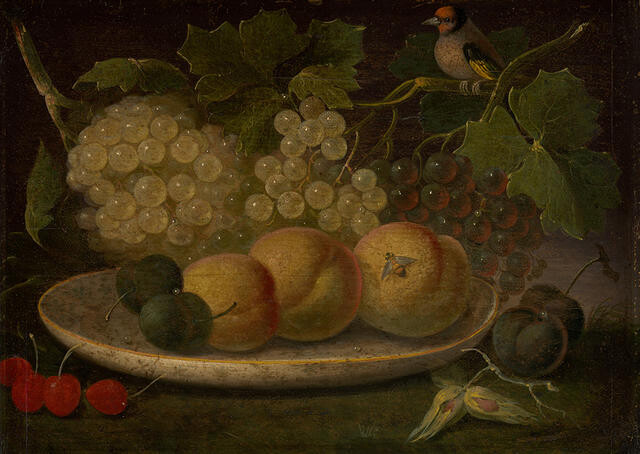