As the Bush series progressed Henderson sought out new environments, including the dunes and grasses at the edge of Muriwai Beach. In contrast to the rounded, curving forms she had encountered in the middle of the forest, these plants were spiky and angular. A jagged branch dominates Thorn Bush, reaching through softer growth that includes slender grasses and raupō pods. The relatively flat picture plane amplifies the contrast between the sinewy branch, calligraphic leaf forms and translucent reeds. Henderson adjusted her technique to reflect her observations, varying her mark-making as she moved across the canvas. 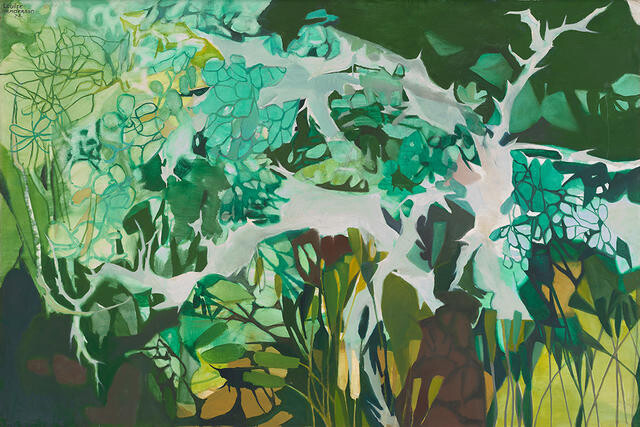 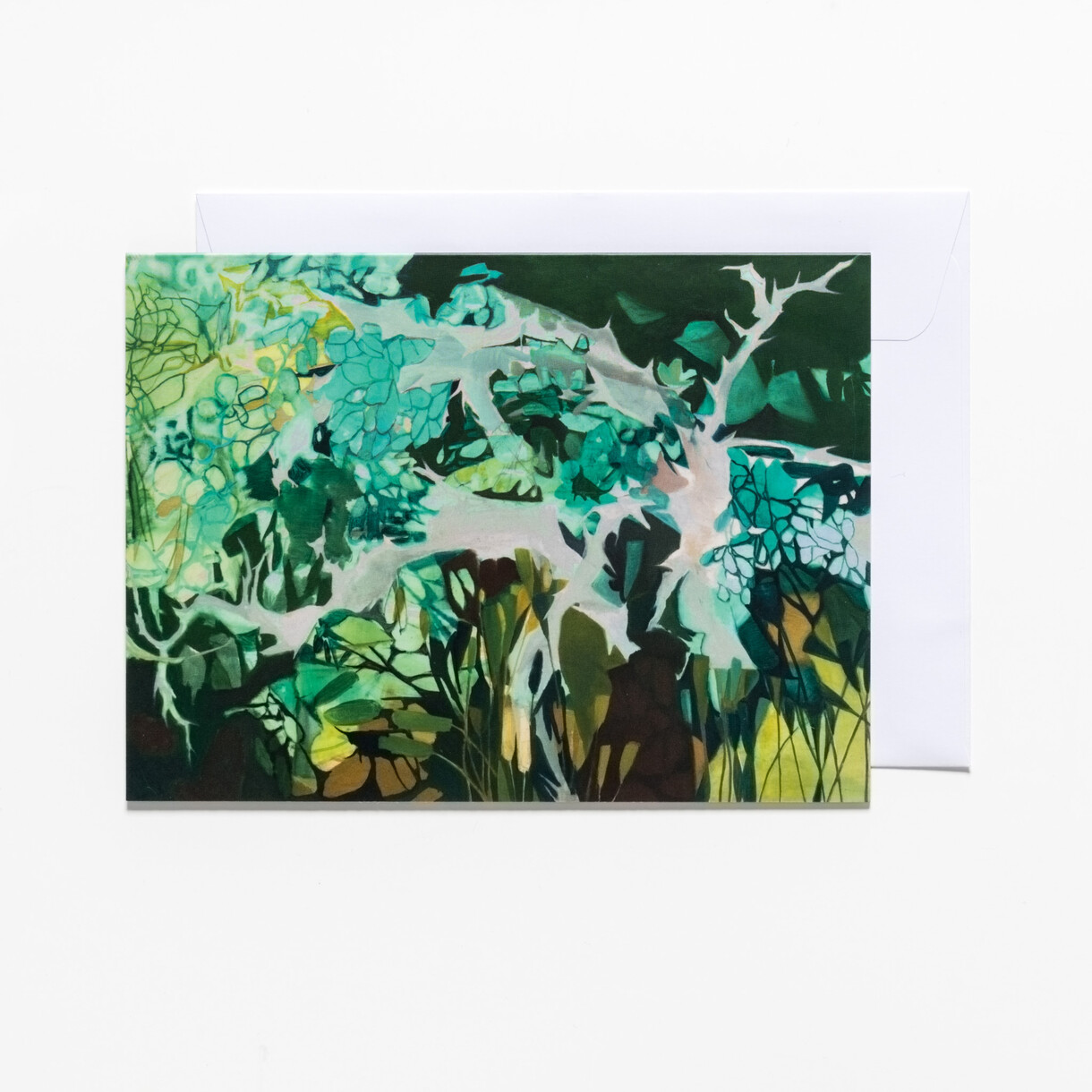 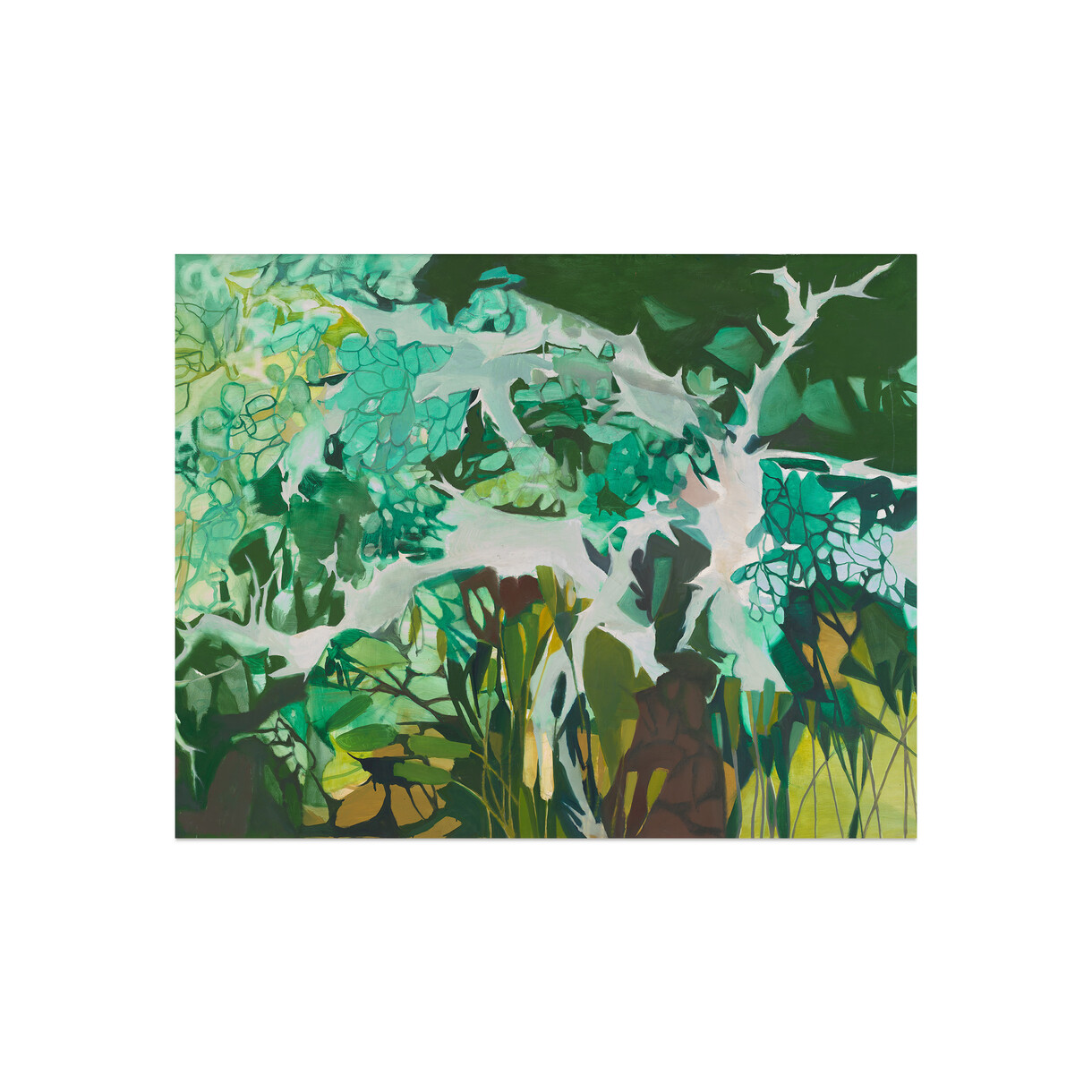