('The Weight of Sunlight, 16 September 2017 - 16 September 2018', where this work was displayed alongside 'Harbour Scene, Evening, Concarneau' by Sydney Lough Thompson and 'Dock study with Boats' by Charles Henry Fromuth.)

The Weight of Sunlight
Aqua Marine 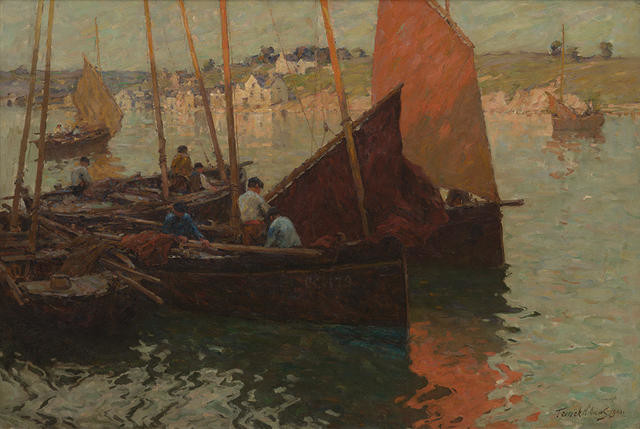