Petrus van der Velden painted a number of portraits featuring contemplative older men. This time he has given his subject the title of ‘seer’, implying that he is a man of wisdom who also has the ability to see into the future. The Seer is one of Van der Velden’s early portraits. The man’s pose and the use of chiaroscuro (light and shade) to highlight his features show the influence Rembrandt (1606 -1669) had on Van der Velden at an early stage of his career. Born in Rotterdam, Van der Velden established himself as a painter, particularly of marine subjects. In 1890 he and his wife emigrated from Holland to Christchurch and the following year he began the series of works based on the Otira Gorge region for which he is so well known. Van der Velden struggled to make a living in Christchurch, however, and went to Sydney in 1898. He returned to settle in Wellington in 1904. He was living in Auckland when he died. 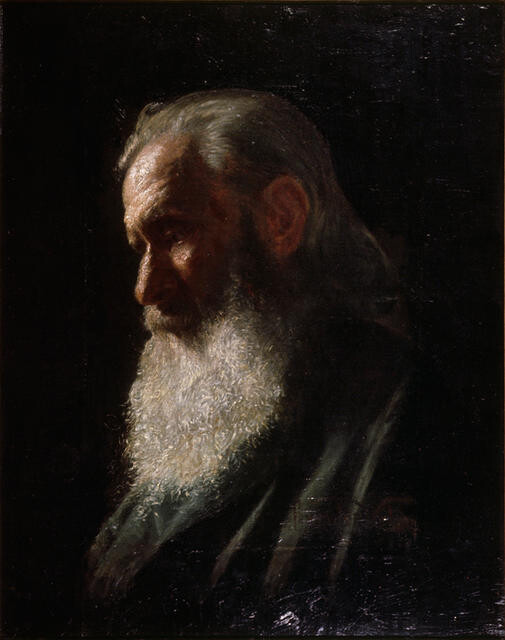