Carlo Dolci was the most sought-after Florentine painter of the Baroque era, and – like others of his standing – much copied and imitated. Dolci made three large versions of The Martyrdom of Saint Andrew, the first in 1643 for Florentine merchant Paolo del Sera (now in Birmingham Museum and City Art Gallery) and another in 1646 for Marchese Carlo Gerini (now at the Palazzo Pitti, Florence), on which this work is based. Despite its 17th-century frame, it is thought to have been copied at the Pitti at least a century later. Andrew was a fisherman from Galilee in Israel, and is recorded in The Gospel of John as the first-named follower of Jesus Christ. In this painting, having lived an extraordinary life, he is to be killed for refusing to deny his risen Lord, under command of Ægeas, Roman governor at Patras in Greece, in about 60AD. Andrew’s robes are being removed as he kneels before the X-shaped cross on which he is about to be executed. 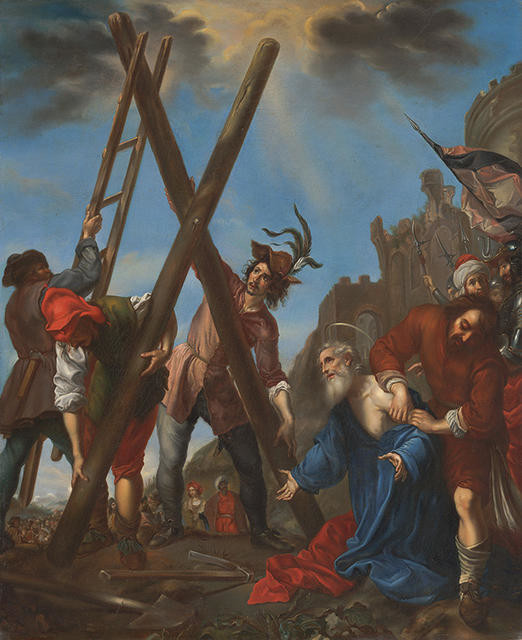 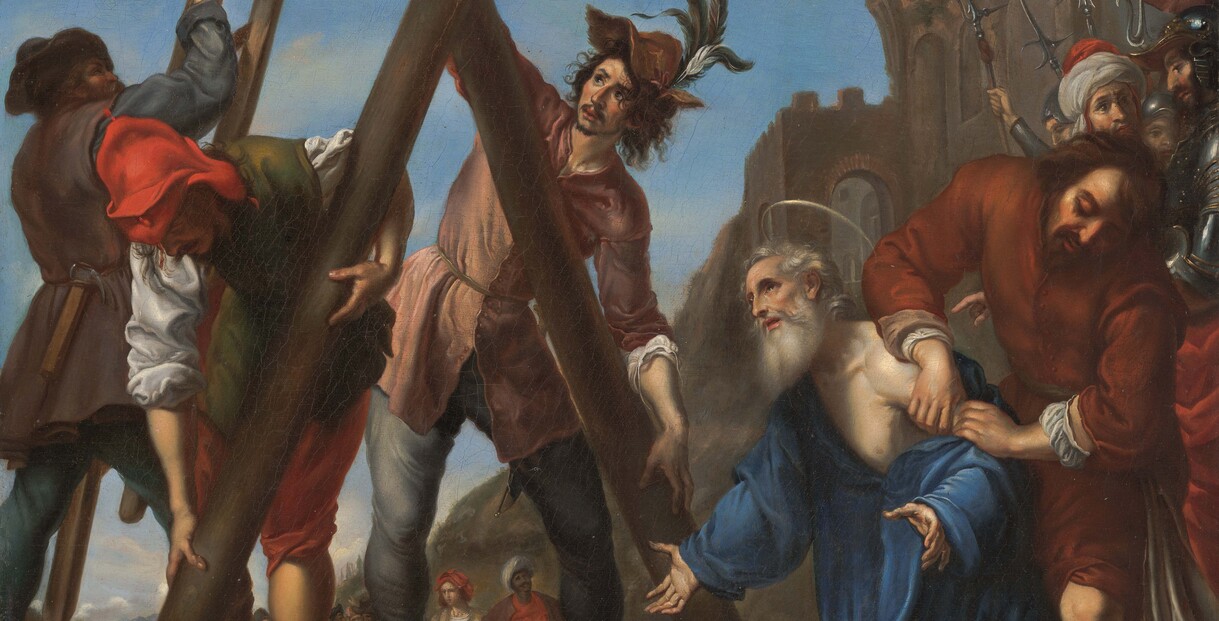 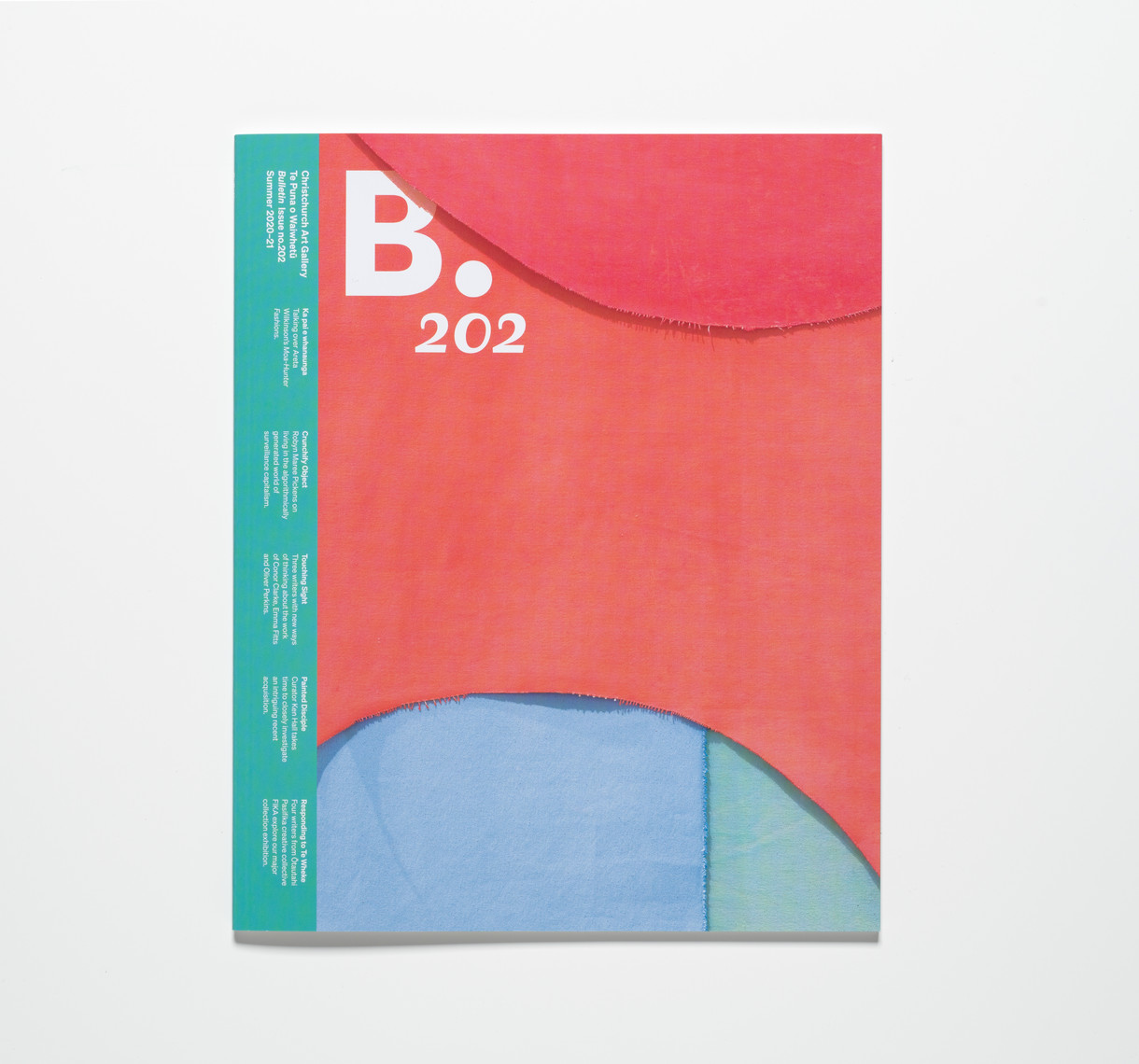