Edinburgh-born John Simpson was already a leading young British silversmith and industrial designer when he was invited in 1950 to make a teapot for the Festival of Britain, to be held in London the following year. Knowing “it was going to be seen by literally hundreds of thousands of visitors,” he later explained, “I engraved my name on top of the teapot. Free advertising!” His equally superb coffee pot, which bears a Latin inscription that translates roughly as ‘After a day’s exertion, it’s sweet to sit in front of the hearth, enjoying the warmth of the fire’, was made in 1951 – the year he completed his Art Teachers’ Diploma. It later went on temporary display at London’s Victoria and Albert Museum.

Both pots were regularly used and enjoyed in the Simpson family’s homes in England and New Zealand, for some sixty-six years. John Simpson was senior lecturer in design at the University of Canterbury from 1958 to 1961, and head of school and foundation professor fine arts from 1961 to 1990. He was made an ONZM in 2021. 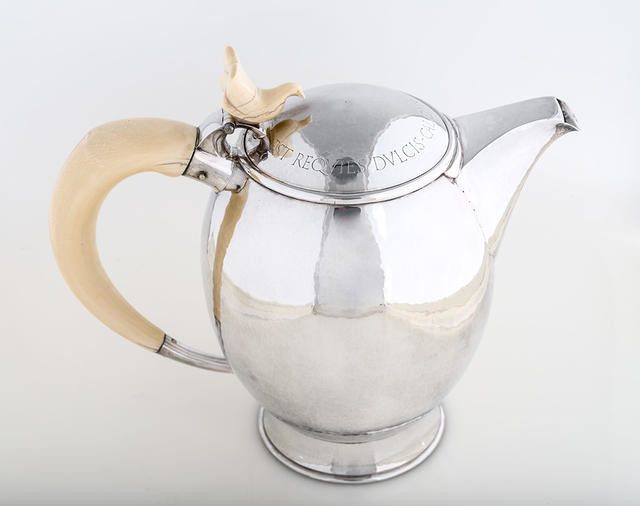 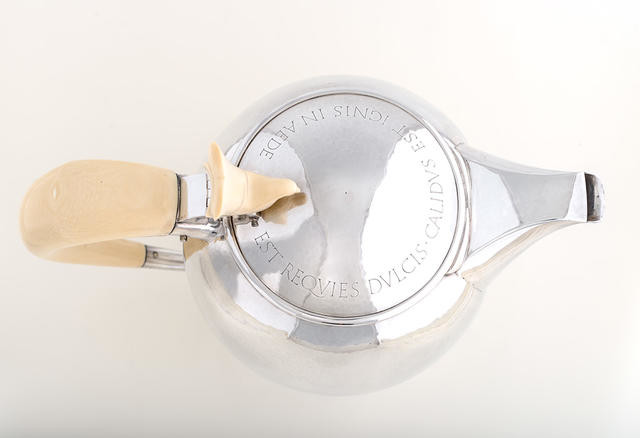 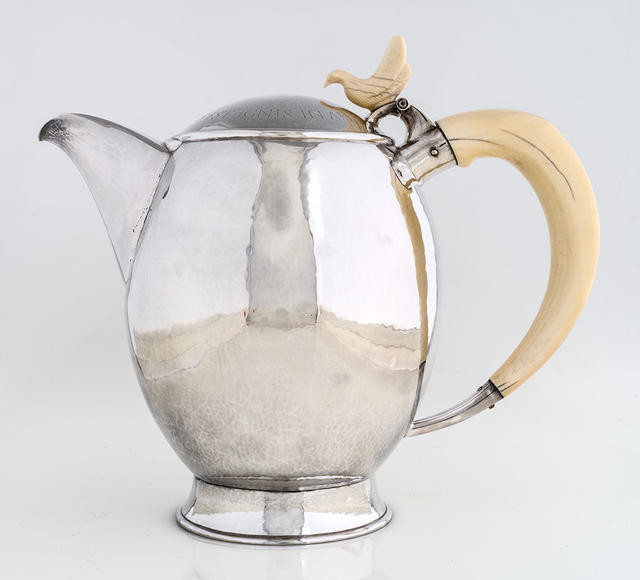