Herman Melville, author of Moby-Dick (1851), judged William John Huggins to be one of very few artists able to portray a whale convincingly. Melville advised that “the only mode in which you can derive even a tolerable idea of his living contour, is by going a whaling yourself; but by so doing, you run no small risk of being eternally stove and sunk by him”.

Huggins, after several years at sea with the East India Company, established himself in London as a “Marine Painter, Printseller & Publisher […] Merchants & Captains Supplied on Reasonable Terms”. This engraving was produced after a painting commissioned by the owners of the two ships in this dramatic whaling scene. Its setting is by the island of Buru in Indonesia; the expression South Sea Whale Fishery related to oceans below the southern tip of Greenland. (Kā Honoka, 18 December 2015 – 28 August 2016) 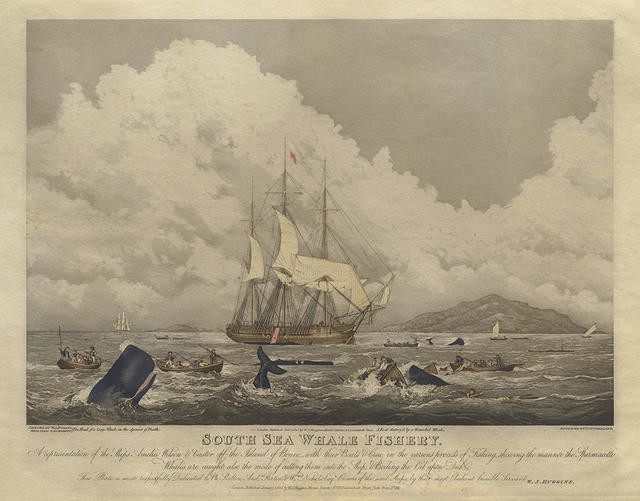