‘Two tongues’ is a classic example of Robert McLeod’s eye-popping, cartoon-inspired works of the early 2000s. Bursting with sexuality and aggression, it’s a painting that explodes and wriggles across the wall rather than merely hanging upon it. Drawn in by the lush tones, bright patterns and intricately entwined forms, we are confronted by grotesquely gurning faces, gesturing hands, mutating body parts and weapons. McLeod grew up in Glasgow, Scotland, but came to New Zealand in 1972 and has become known for his exuberant and experimental practice. (Brought to Light, November 2009) 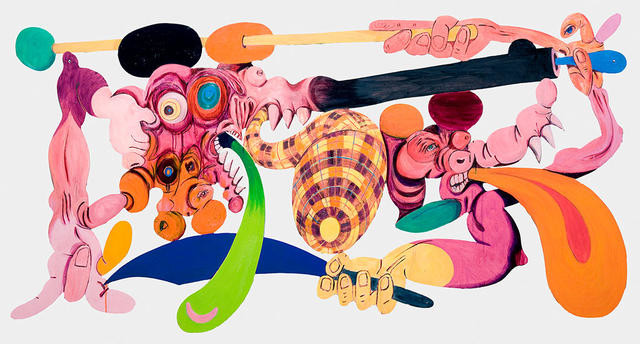