There’s a timelessness to Laurence Aberhart’s photography, a quality that he calls “adriftness”. Though his images are contemporary, they bear a great weight of history – a product both of the century-old 8x10 camera he uses, and his interest in subjects that reveal the persistence of the past in the present: graveyards, outmoded architecture, abandoned shops. He took the photograph of the tomb in Epernay, in the Champagne district of France, through a small grille. “From memory,” he said, “what I liked was the beautiful reverse projection of her face on the wall. And one of the panes of glass had been replaced by red glass, which effectively turned the world outside into a negative.” He saw the tiny room as both a camera and a projector, a dark chamber in which the past could reappear momentarily in the present. 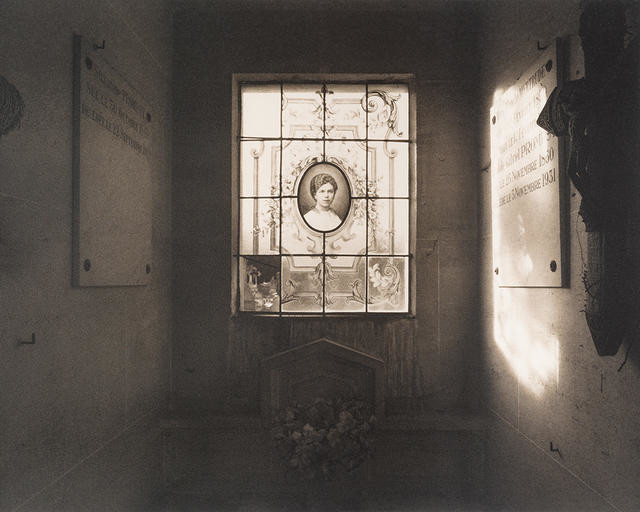