Wood engraving experienced a revival in Britain during the 1920s and 1930s. However, few artists employed the medium in New Zealand at the time. It is one of the most difficult of print mediums to master, but it is obvious from this work that Francis Shurrock successfully adapted to the challenges of the medium.

The religious nature of this work, along with the simple, stylised art deco design and use of line, shows the influence of Britain’s most successful wood engraver, Eric Gilll

Born in England, Shurrock received a Royal Exhibition Scholarship in 1909, which enabled him to study at the Royal College of Art in London. He came to New Zealand in 1923 to teach at the Canterbury College School of Art, a position he held until 1948. Shurrock exhibited with the Canterbury Society of Arts and served on the Society’s council. He also exhibited with The Group in Christchurch and with the Royal Academy in London. After his retirement he worked on private sculptural projects. 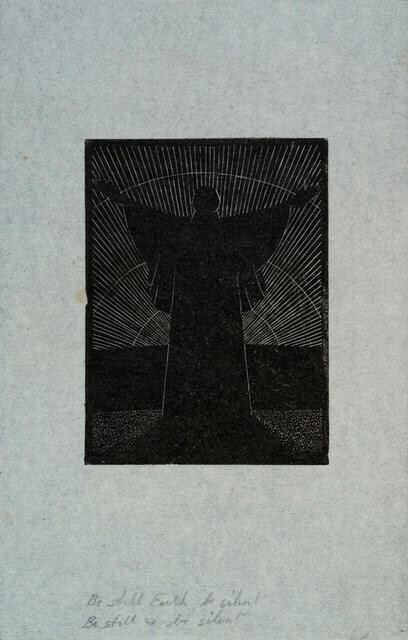