A number of students at the Canterbury College School of Arts produced linocuts in the early 1930s, including Evelyn Page (née Polson). The medium was very popular in England at the time, and its use was encouraged by Page’s tutor at the School, Francis Shurrock. In Winter Pattern simple shadows of tree branches create striking black and white patterns on a garden path. Born in Christchurch, Page studied at the Canterbury College School of Art. A member of the Canterbury Society of Arts, in 1927 she also joined The Group – an influential art association formed to give artists a greater say in exhibiting their work. Page spent a year in Britain in 1937, and on her return she and composer Frederick Page married. They lived in Governor’s Bay, near Christchurch, and moved to Wellington in 1947. 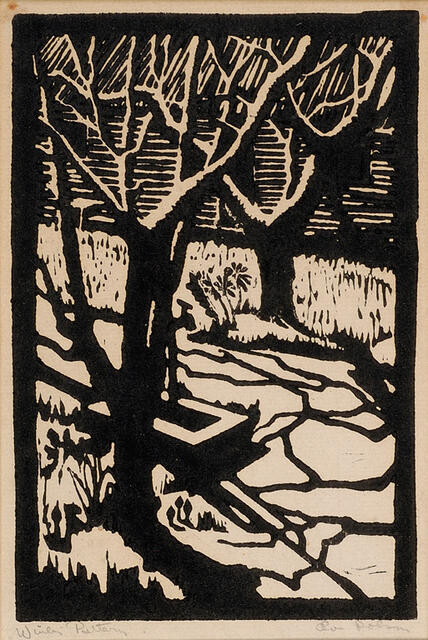