This chap's interesting: a Huguenot immigrant who grew rich as a banker in Dublin and whose family name lives on in the accounting firm Deloitte Touche Tohmatsu. 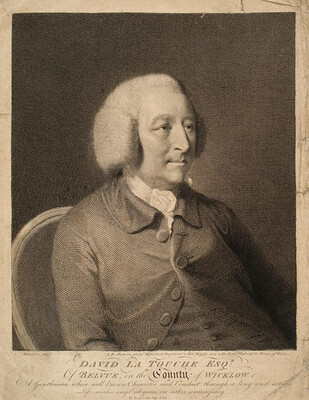 Charles Jervas was born in Clonlisk, County Offaly, and is mentioned by name in Alexander Pope's Rape of the Lock:

Then smile Belinda at reproachful tongues
Still warm our hearts, and still inspire our songs
But would your charms to distant times extend
Let Jervas paint them, and let Pope commend
Who censure most, more precious hairs would lose
To have the Rape recorded by his Muse. 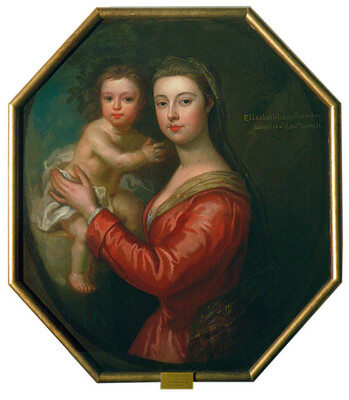 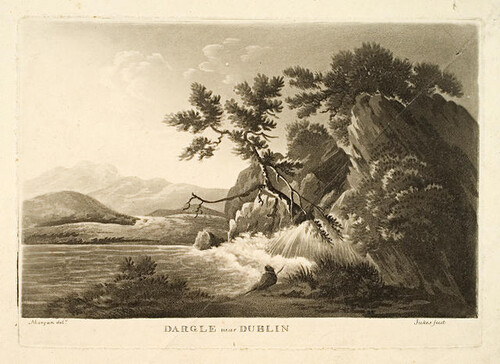 The picturesque River Dargle is best known from the song Waxie's Dargle, here given the treatment by The Pogues:

And finally today - though there are certainly more in our collection - Caractacus by Dubliner John Henry Foley: 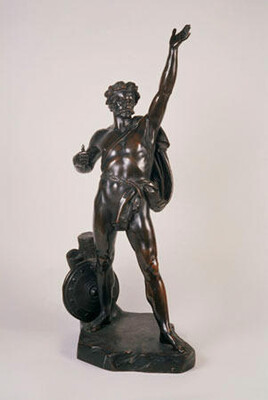 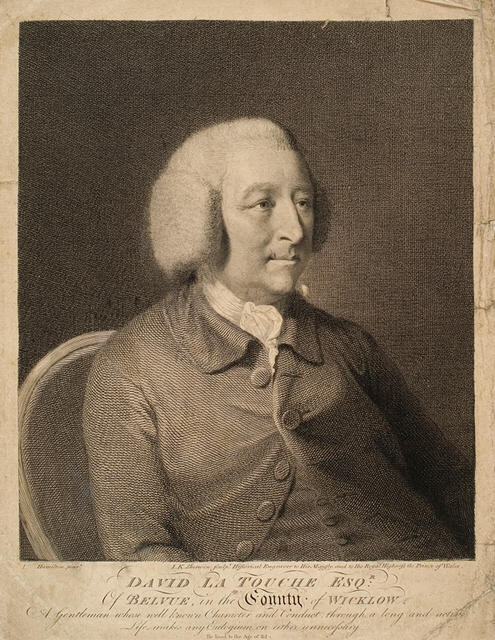 Belvue, usually written Bellevue, was the La Touche estate near Delgany in County Wicklow. It was demolished in the 1950s 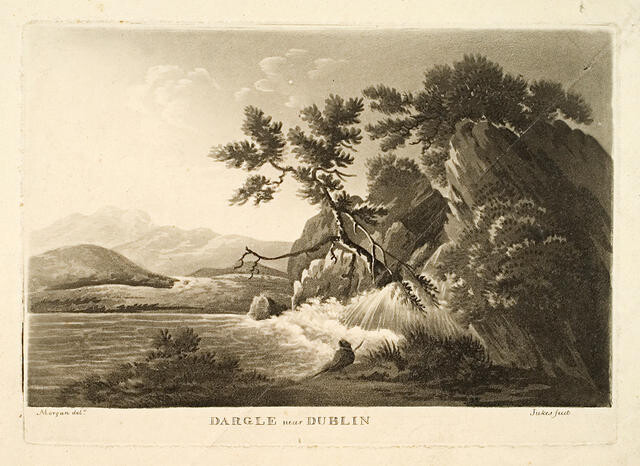 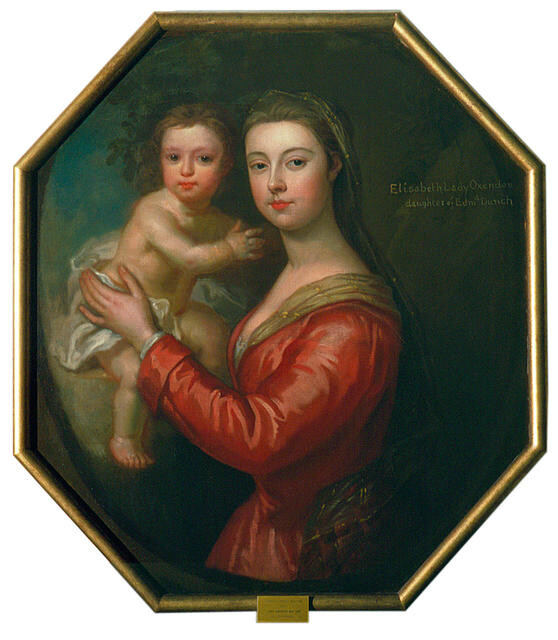 Lady Elisabeth Oxenden (1694 -1775) was the wife of Sir George Oxenden (1694 -1775), Lord of the Admiralty and the Member of Parliament for Sandwich. It is likely the baby is their eldest son, Henry, born in 1721. Charles Jervas was the leading portraitist of his day and many of his subjects were from the highest ranks of English society. Typical of Jervas’ work, the faces in this painting have been painted with careful attention to detail. The drapery and clothing have been painted with less care, allowing the mother and child to be the main focus. Born in Ireland, Jervas was well-educated and entered the studio of Sir Godfrey Kneller (c.1649-1723) in London as an apprentice in 1694 to 1695. In 1703 Jervas settled in Rome where he studied and made copies of the Old Masters, particularly the works of Titian (c.1487-1576). He returned to London in 1708. Jervas’ reputation was confirmed when he succeeded Kneller as Principal Painter to King George I in 1723. 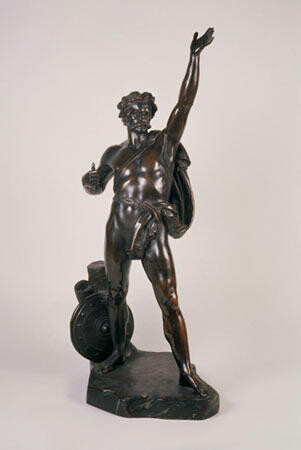 Caractacus is the name the Romans gave to Carador, the King of an ancient British tribe in South Wales from 43 to 50 AD, who had initially fought successfully against the invading Roman armies. When he was eventually captured, Claudius, the Emperor, was so impressed by the warrior king that he granted his release. This type of noble subject, with classical connections, was very popular in Victorian Britain. John Foley has worked in the classical style favoured by the British and French Academies. Foley was born in Dublin, the son of a grocer. He studied art at the Royal Society School, Dublin, where he was highly successful and, in 1834, gained entry to the Royal Academy Schools in London. Foley had notable success as a sculptor and produced over 60 statues, busts and monuments. He was a favourite of Queen Victoria and was commissioned by her to make his most celebrated work, the Albert Memorial, in Hyde Park, London. Unfortunately he caught a chill working on the Memorial and died before it was completed.