'Am I a curator when I go to my wardrobe and select a few clothes for my naked form for a day?' asks Grant Smithies in his tongue-in-cheek column in the Sunday Star Times on 21 October.

He observes the term curator is becoming overused and is in line to become 'a tragic new buzzword...' (p.E56). He wisely asked Mary Kisler, senior curator at Auckland Art Gallery, to define the word and she turns to the OED and its Latin root, 'to care for'. For historically the notion of a collection formation is closely aligned to the curatorial act of caring or keeping a collection, but latterly it's been extended to include the research and selection associated with exhibitions especially in art museums.

Another way of reaching agreement about the meaning of curator comes from observing and saluting curatorial excellence when we come across it. So this Bunker Note celebrates the great skill of Ted Gott, senior curator of international art at the National Gallery of Victoria, Melbourne. 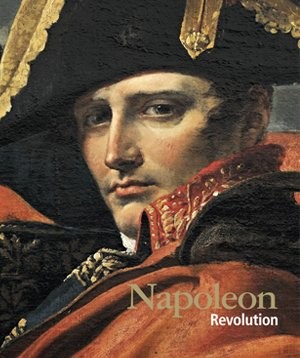 Having recently seen the panoramic survey Napoleon: Revolution to Empire at the NGV (it closed on 7 October), I was reminded of what a really thorough job a good curator does; how long it all takes; and how decisively linked to great collections a great exhibition is.

The NGV's collections and those of the State Library of Victoria provided rich starting points, with a relatively modest gift of material, including a locket of Napoleon's hair, bequeathed to the NGV in 1976 showcased along with numerous paintings, prints, botanical drawings, furniture, items of decorative arts, weapons and uniforms. Some modern photographs and video provided up-to-date context for places such as Napoleon and Josephine's rural retreat Malmaison.

A large 1805 portrait bust of Napoleon by Lorenzo Bartonlini heralded the presence of the hero Emperor in the entrance foyer of the NGV, a studio of Jacques-Louis David's The death of Marat, 1793, reminding us of the revolution which preceded his accession to power.

Of course, Ted worked in consultation with others. No show like this is realised without the commitment of a variety of others. Co-curated with Karine Hugeuenaud from the Fondation Napoléon in Paris, it reminds us how necessary it is to travel and team up with others with responsibility for key collections.

The NGV's collections are broad and encyclopaedic, certainly relative to ours in Christchurch, but also compared with the other state collections in Australia. Justified pride was taken, however, in two or three new acquisitions made in time to be included in the exhibition, among them Louis Gauffier's The family of André-Francois, Counct Miot de Melito, (1762-1841), Consul of France to Florence, 1795-96, acquired in 2010. So building the collection remains at the heart of curating a good show like this, but so too is researching and reinterpreting it in the context of related works for present-day audiences.

In this case, a superbly-produced reasonably-priced catalogue was available. Various experts contributed essays (several translated from the French by Gott); and a full line-up, local and international, was thanked for their collegial advice and information. These are good connections, and so too were those between Napoleonic France and Australia.

I was among those (I imagine there were other viewers) who realised for the first time how keen was Napoleon's interest in Australia; that the then unmapped coast-line from Tasmania to South Australia was once known as Terre Napoléon; and that Bonaparte just might have been on the ill-fated La Pérouse voyage to this part of the world in 1788 (how different history might have been)!

I was fascinated to learn of Empress Josephine's keen interest in the flora and fauna of the Australian continent and her drive to make Malmaison a botanical souvenir of Empire. It explains the presence in France today of wattles, eucalypts and the occasional wallaby.

In the Sunday Star-Times, Mary Kisler bemoans the use of 'curator' by those seeking to add cultural value to what they do, and I agree. In contrast here we see knowledge and interpretation of an historical moment enhanced by a great curator in full flight. Lasting value is added to the community served by the NGV.

Ted Gott is taking well-earned period of leave now, but I for one am looking forward to his next exploration. My bet is it will start with either a perceived strength or maybe a gap in the international collections of the NGV. So let's add curatorial 'thirst' to the hallmarks of a good curator!