Well now I have seen everything. Or rather, nothing.

This week I visited the Musée Pompidou's new premises in the French city of Metz. Built to a design of Shigeru Ban, designer of our own 'cardboard cathedral', it opened to great fanfare in 2010.

The building comprises a series of stacked white cubes, cuboids to be strictly accurate, the whole covered in a tent-like structure that put me in mind of the Olympic stadium in Munich. 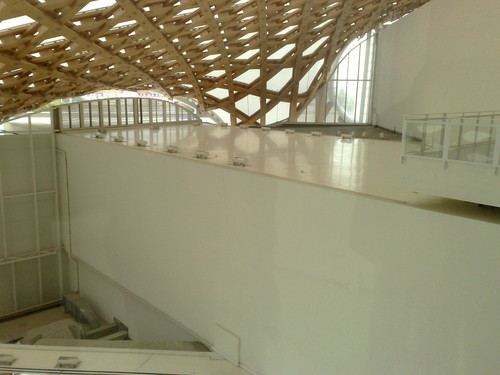 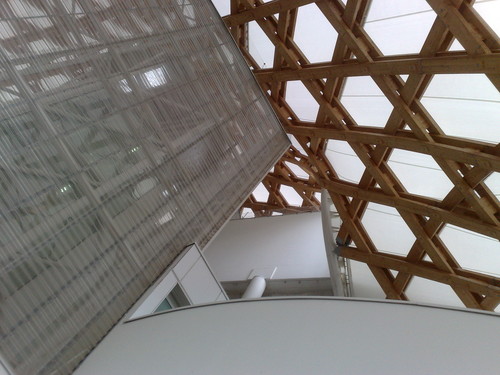 The exhibition I saw was called FRAC forever: contemporary photographs - sounds harmless enough I hear you say - but the curator had decided that what would really make this one go with a zing would be to turn all the lights out. Each person was given a torch with one weak LED bulb, and then invited to move into the exhibition space. This was large, but in total darkness nobody could be sure of anything and for fear of steps or other obstacles, everyone held back nervously. Pushchairs and the less than agile elderly added to the chaos. Like an ice-rink, the wall provided safety, the centre meant trouble with a capital T.

There were indeed photographs and if you put your torch right up to the wall you could just make them out, an inch or two at a time.

The show's tagline was 'cacher pour mieux voir', 'conceal to see better', but I had had enough of this nonsence after a few moments of colliding with strangers and groped my way to the exit. The comments book in which visitors record their thoughts was mysteriously missing. 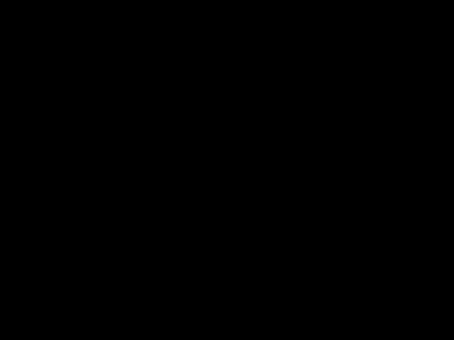