Today is the 190th birthday of the French artist Charles Meryon.

Meryon famously travelled to New Zealand aboard the French naval vessel Le Rhin and made sketches of scenes which, some 20 years later, were engraved and published. His best known works are the scenes of Paris, but his depiction of French and Maori settlements at Akaroa are prized items in our collection. 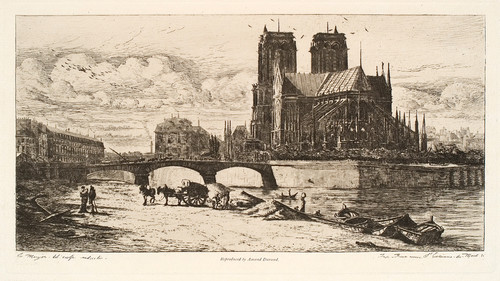 Suffering from 'nervous exhaustion', Meryon died in the asylum at Charenton, on the outskirts of Paris, and he is buried in the nearby cemetery. 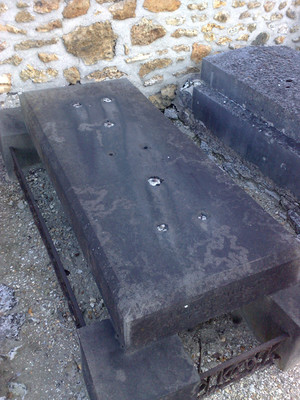 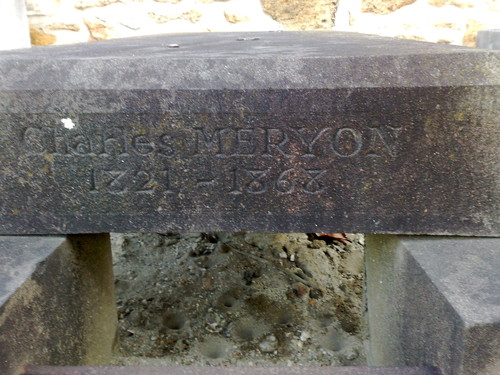 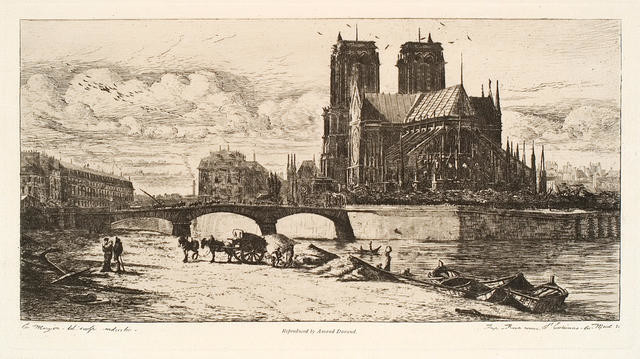 Described as the father of modern etching, French naval officer Charles Meryon was one of the most important artists to work in Waitaha / Canterbury during the colonial era. He served on the Rhin, stationed at Akaroa between 1843 and 1846, to look out for the French settlement there. Meryon made numerous pencil studies at Akaroa which he later used as the basis for this series of etchings completed back in Paris during the 1860s. He planned to publish these and other images of the Pacific in an album, which unfortunately he never completed. The story of the French attempt to settle Te Waipounamu / the South Island is a fascinating chapter in New Zealand’s history. A French whaling captain, Jean Langlois, purchased 30,000 acres from Kāi Tahu on Horomaka / Banks Peninsula in 1838 and returned to France to get government support to establish a French colony at Akaroa. It was from here that he hoped the French would be able to expand throughout the rest of the South Island. A company was formed and sixty- three French and German settlers set sail on the Comte de Paris. They arrived at Akaroa in August 1840 only to find a Union Jack flying at Takapūneke / Green’s Point signalling that British sovereignty had already been claimed. Today, Akaroa continues to retain something of a French flavour.