While the recently deceased painter Austen Deans is best known for his paintings of the Canterbury High Country, he also produced an important body of work while serving with the New Zealand Army during World War II. In particularly his paintings of life as a prisoner of war in Germany provides a rare glimpse into the life of Allied POWs.

Deans was wounded during an attack on the Maleme Airport at Crete in May 1941 and was captured by German troops. He was shipped to Greece where he recuperated at the Kokkinia Hospital at Piraeus; among his fellow captured patients was the renowned British printmaker Blair Hughes-Stanton, with whom he struck up a friendship and enjoyed discussing art. Examples of Hughes-Stanton's work were gifted to the Gallery by Rex Nan Kivell in 1953 and can be viewed here.

Interestingly while based outside Cairo prior to seeing action in Crete, Deans also formed a close friendship with the artist Bernard Rice and his wife Molly, and made many visits to their house in Cairo for meals and lengthy discussions on art.

Deans was eventually transferred to Germany where he remained a prisoner until the end of the war. 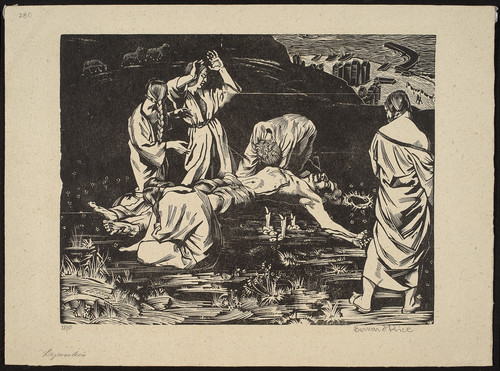 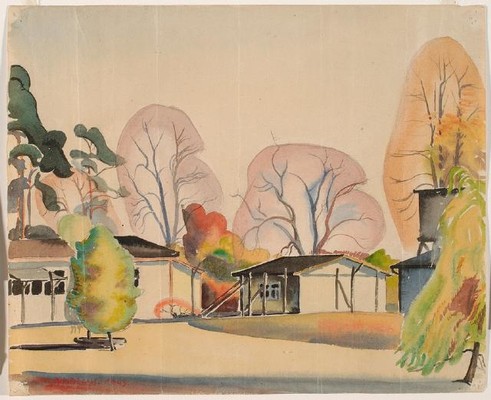 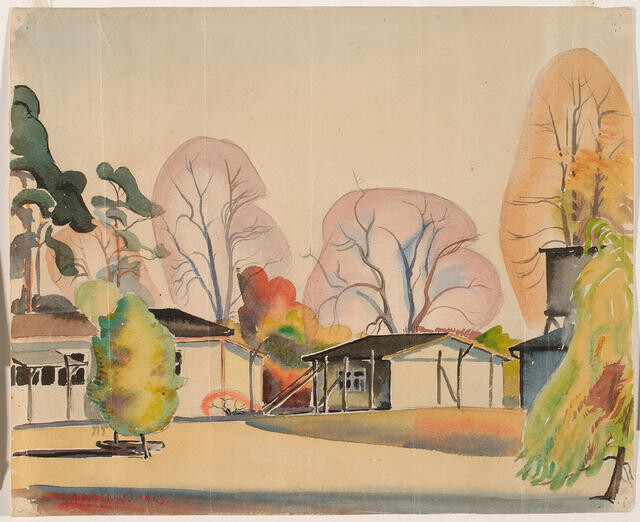