Darryn George's The Lambs' Book of Life (Folder Wall) has been taken down again, apparently for the last time.

Part of the SCAPE public art biennial it was originally intended for the Government Life building in Cathedral Square, but this plan was scuppered in September 2010 and again in February 2011 by earthquakes. It was finally unfurled in August 2011 on the wall of the Christchurch City Council building, a wall revealed by the post-earthquake demolition of St Elmo's Courts.

The same month it was damaged in two heavy snowfalls and taken down for repair. It was put up again in September 2011, but just this week a terrific southerly storm shredded it and today it has been removed again. 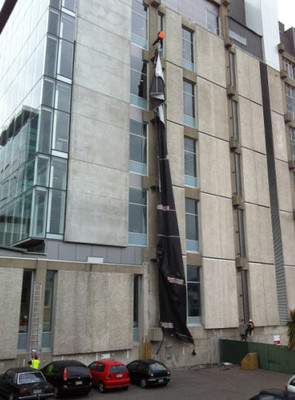 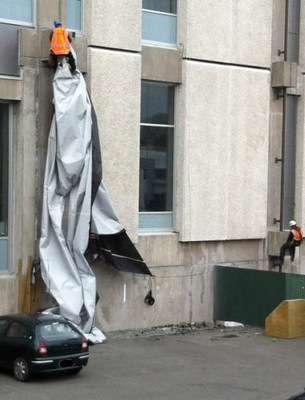 Is somebody trying to tell us something here?