If, when we're open, an artist represented in our collection dies, we generally arrange for a work of theirs to be hung at the top of the stairs on the side of the entrance to the Burdon Family Gallery, with a label that notes their contribution and recent passing. I like this simple convention and the respect it shows for an arts practitioner whose contribution to New Zealand art we've thought well enough of to acquire.

We were sad to hear of the recent death of Gordon Crook and acknowledge his work. Gordon came to new Zealand when he was 51 and was well known for the celebratory flag-like banner works he made for many public spaces, including the Michael Fowler Centre when it opened in the early 1980s, as well as his smaller, but no less colourful printed oeuvre.

Campbell Grant Gallery represented him latterly in Christchurch and it was Grant Banbury who let us know of his death last Friday. Unfortunately we cannot hang one of his works at present, but this Bunker Notes entry will record that we would have if we could. Farewell, Gordon. 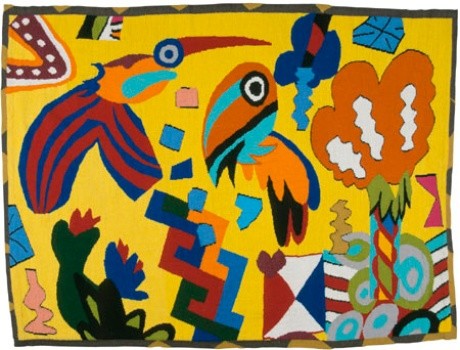 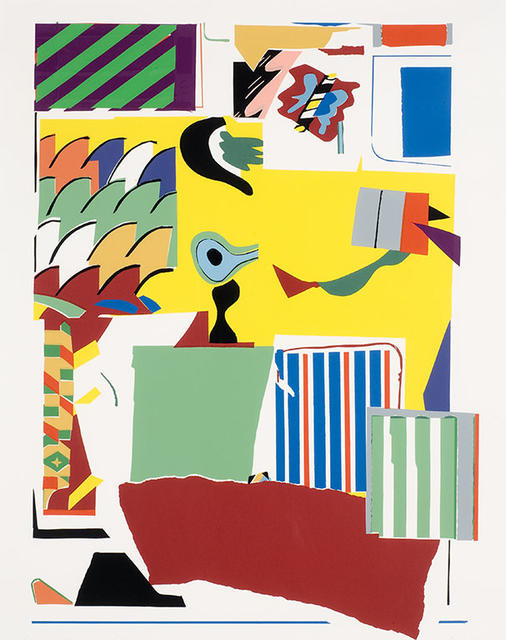 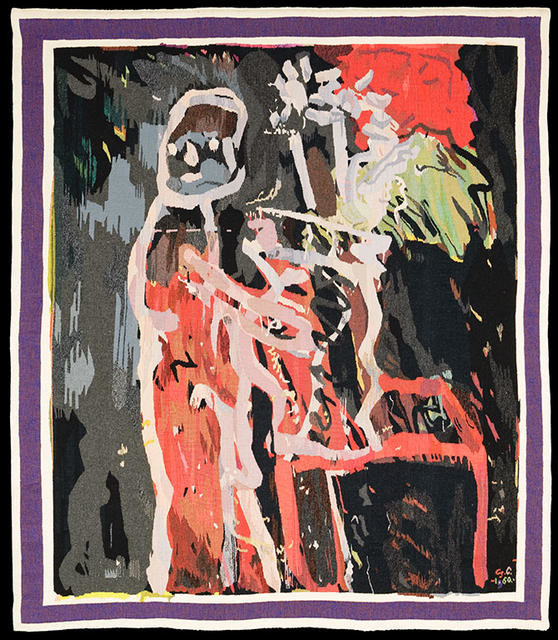 Gordon Crook Boy With A Vase 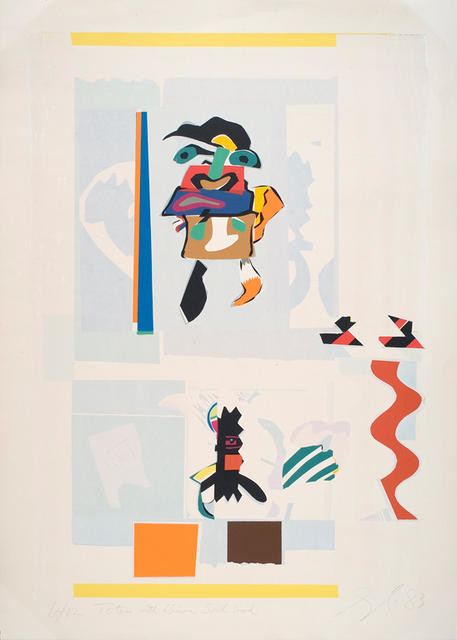 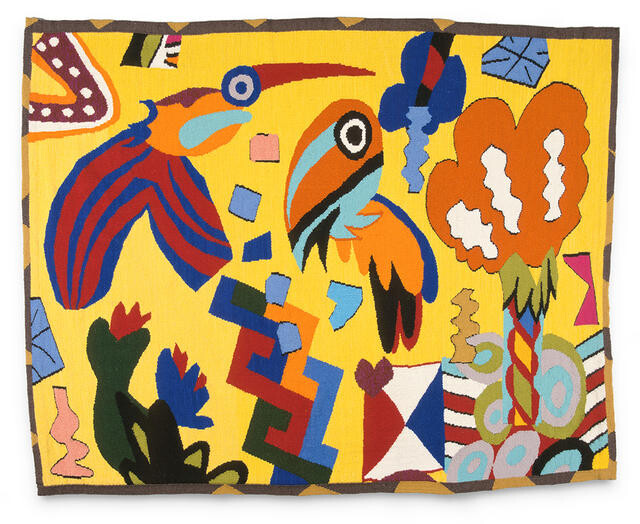 In this tapestry Gordon Cook has drawn on New Zealand’s Pacific environment, making an abstract design of kites, birds, sea and sky. The apparent randomness of the design and use of colour creates a sense of energy and movement. Although a contemporary work, Oceania has been made using traditional tapestry techniques. The design and the cartoon (or pattern) were made by Crook but the work was woven by Lesley Nicholls, a tapestry weaver from the Artweave workshop in Wellington. Crook was born in England. Following time in the Merchant Navy and the Royal Air Force during the Second World War, he was given a grant to study art at the Central School of Arts and Crafts in London, where he obtained a degree in textile design. He lectured at the Central School but in 1972 came to New Zealand, settling in Wellington. Crook is well known for his large-scale public commissions, including large banners for the New Zealand Chancery in Washington and for Wellington’s Michael Fowler Centre.