After February's quake there remained just a glimmer of hope that the historic Timeball could be rebuilt, but now its time appears up for good, almost 135 years after the first signal was dropped on 29 November 1876. Maybe it can still be rebuilt – I hope so.

One of the most significant buildings in Lyttelton, the station was designed by Thomas Cane in 1875. Its iconic neo-gothic tower surveyed the town below from a prominent ridge at the eastern end of the harbour. This watercolour of the Timeball Station was completed by Cane in 1880 and is one of his most significant works, incorporating both his architectural practice and the Banks Peninsula landscape which he loved so much. 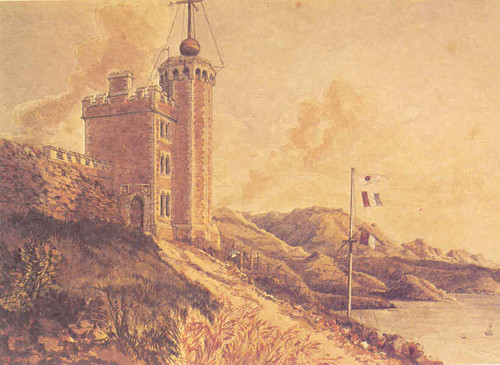