The representation of Māori in New Zealand art by non-Māori artists has a history as long as European presence in this country. However the interest in Māori subjects was often more heavily focussed in certain decades than others. Throughout the nineteenth century artists painted Māori life, or placed Māori as an exotic interest feature in the landscape, and it was not until the closing years of that century that the seriousness of interest intensified. This even led to a degree of specialisation on the part of certain artists, Charles F Goldie being the principal example.

The 1890s and 1900s in particular saw artists who followed the 'Vanishing race theory.' They desperately worked to capture the likenesses of older members of the Māori community. Often the world that was represented as 'real' was in fact not so, and they had limited concern for ethnographic accuracy. Frequently what they painted or drew was romanticised and modified to fit the well-trodden path of the European academic art tradition.

There were of course, artists who were an exception to this tendency, but they were largely in the minority. By the 1930s, despite an increased national awareness and a keenness to search for New Zealand identity, things Māori, often became just decorative accessories to modern life subjects. This was particularly apparent in portraiture where the depiction of Māori was accurate but did not reveal an understanding of the culture from which the sitters came.

It was not until the 1950s that confused messages of Māori depiction began to be modified as more artists started researching Māori culture before commencing a work. Some, like Russell Clark, spent time staying in Māori communities to gain better understanding. Such changes in attitude on the part of artists has resulted in recent decades in representations of Māori with less affectation. 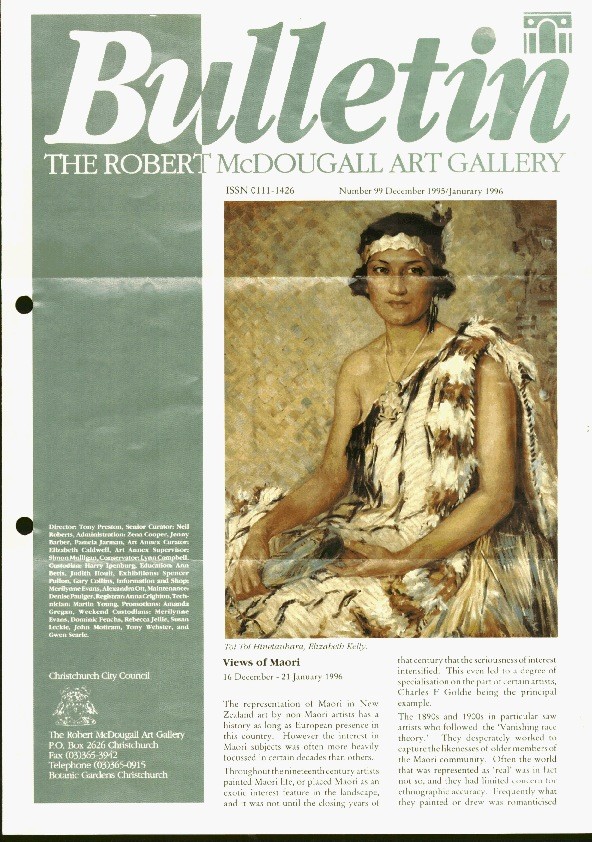