Te Maori when it opens in Christchurch on March 14 embodies a great deal more than solely the display of 174 unique and ancient Maori art treasures gathered from major museum collections throughout New Zealand. It is also more than just a triumphal return home of an exhibition initially organised by the American Federation of Arts under the curatorship of Douglas Newton of the New York Metropolitan Museum, David Simmonds, of the Auckland Museum and Hirini Moko Mead which toured, with spectacular effect, through four North American cities.

What Te Maori; Te hokinga Mai does represent is a new focus on taha Maori and on Maori art in particular. It gives us the opportunity to begin to understand how Maori people view their ancient Maori art works. Unlike European or pakeha art, Maori art is not centred on the art object. There is a human and spiritual dimension involved with Te Maori that is deeply embedded in Maori culture and a ritualistic and spiritual component associated with the assembling and displaying of this exhibition which to many of us is quite new.

The 174 separate art works in Te Maori are focused on commemoration, remembrance and continuity. They are people oriented in one sense and ancestor oriented in the other.

Some of the pieces, such as the Gateway figure Pukaki (Exhibit 66), Kahunguna (Exhibit 86), or Poutokomanawa, (Exhibit 127) are named ancestors known and linked to living descendants. Others such as the central figures on the Kuwaha pataka doorways (Exhibits 67 & 87) or the Stockade post figure (Exhibit 130) are ancestors whose names have been lost through time despite the fact that it is known that they do belong to a known line of descendants.

Other pieces such as the Uenuku are pieces with such mana and ihi or spiritual power, that they have been given names of their own.

The names imbue the art object with the mana which is then upheld and supported by the living descendants. They in turn feel they should insist that proper deference be accorded to their art objects and heirlooms. It is in this way that the living and the ancestors come together in Maori art. Through their art the living commemorate the dead and keep their memories alive.

Te Maori therefore is about mana Maori not just about carving skills and materials. It is, as has already loudly proclaimed, the junction where the two main cultures of New Zealand interact.

We are indeed honoured to have this major exhibition presented in Christchurch by the Robert McDougall Art Gallery in conjunction with the Canterbury Museum.

Admission to this exhibition is by donation and your generous contribution to the considerable costs involved in touring Te Maori is greatly appreciated. Kia ora.

This exhibition is made possible by a grant from Mobil. 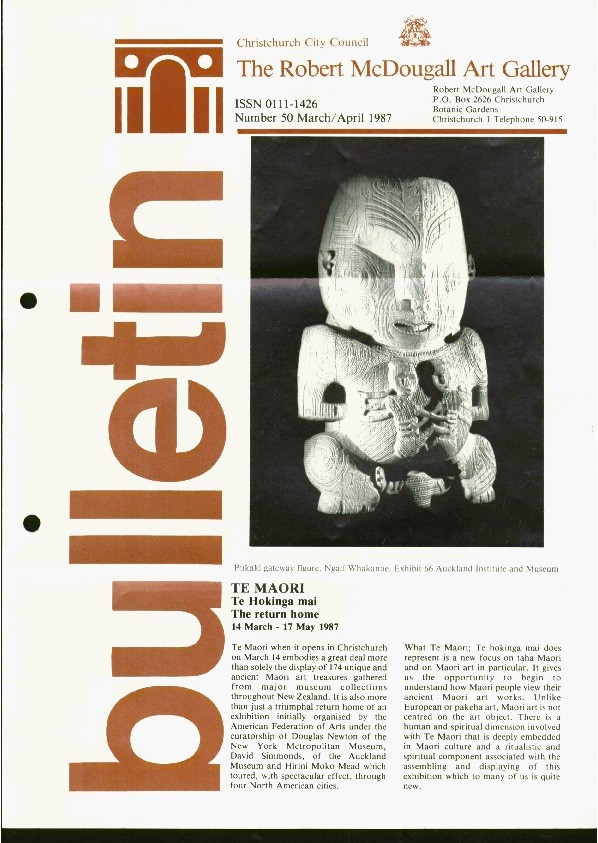 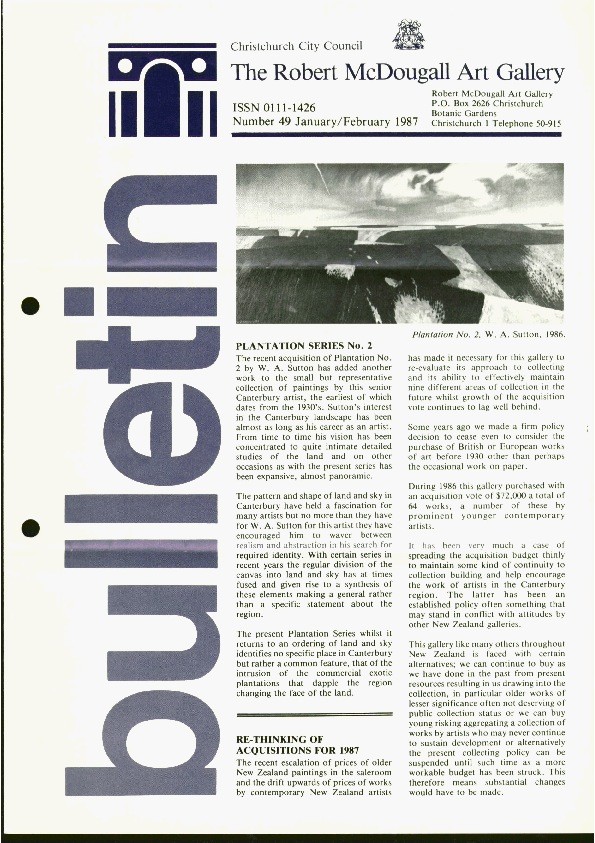