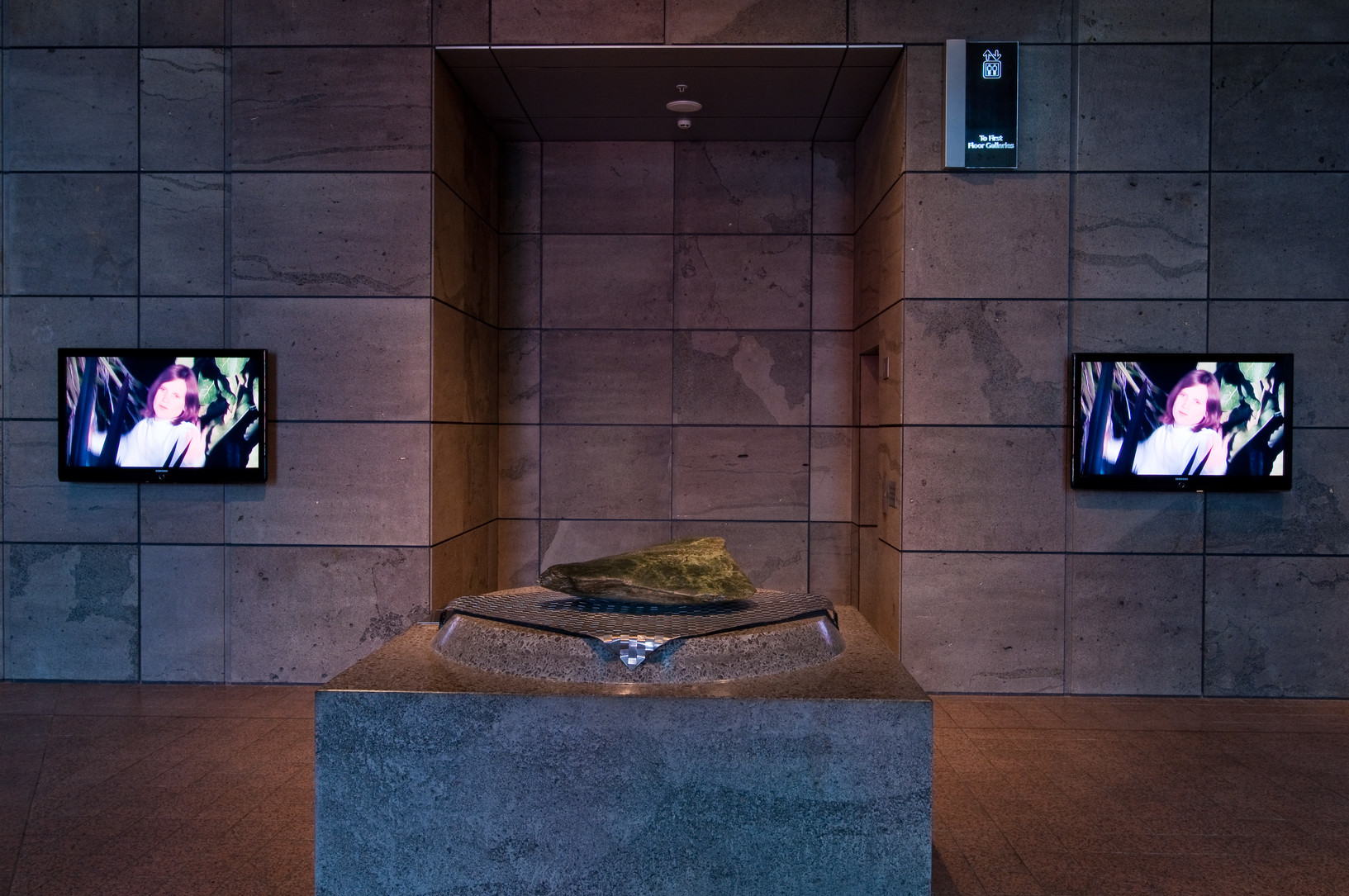 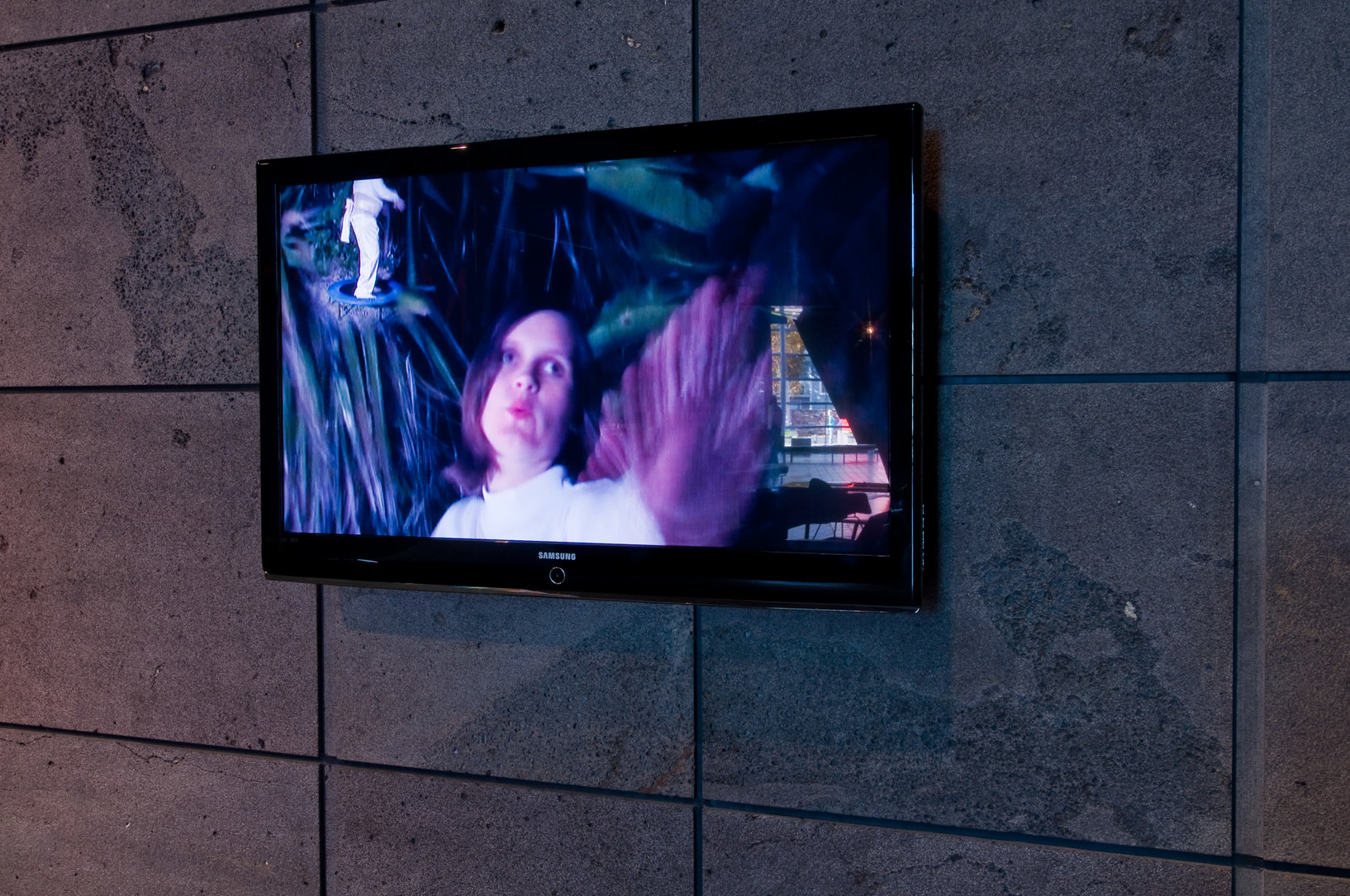 Sarah Jane Parton likes to shine a spotlight into the gaps between dream and reality, between who we are and who we hope to be. In her video Bright Light, Parton turns her attention to modern motherhood — and not just anyone's motherhood, but her own. Parton made the video while nine months pregnant in the weeks preceding the 2008 Olympics, and the result is an unlikely but endearing marriage of those two disconnected experiences. Perched like a brooding bird in her own leafy dell, Parton performs a Tai Ch'i-like exercise routine while cooing along to the song 'Suicide is painless'. She's training, but for something more fundamental than sport. Bright Light is part exercise video, part new-age birthing rite, part natural history documentary, and — like all Parton's works — both funny and oddly uncomfortable to watch.

Sarah Jane Parton was born in 1980 in Lower Hutt She studied Design and Fine Arts at Massey University's School of Fine Arts, graduating with an honours degree in Time-based Art in 2003. She taught at the college between 2004 and 2006.

What's better than a screen dedicated to brand-new video art? Try two of them. Twinset is a rapid fire programme of fresh video art from New Zealand and further afield.