Since its establishment in 1963 the Canterbury Potters' Association has been witness to a number of fascinating and fundamental changes in the intentions, styles and techniques of New Zealand pottery. This exhibition of works selected from different stages in the last two and a half decades celebrates the strength and commitment of the Association and gives a magnificent overview of the stages through which the Canterbury Potters' Association has passed.

The Association was formed at the suggestion of Helen Mason who realised in 1962, with the National Pottery Exhibition in Christchurch and the visit of Bernard Leach, that Canterbury was in need of a properly constituted potter group. At that stage classes were being held at the Risingholme Community Centre and the Springfield Road Crafts Centre and most of the potters were working in earthenware inspired by Bernard Leach's "A potters' Book" and by the visit of Shoji Hamada who demonstrated pottery making, firing and glazing during the Pan Pacific Arts Festival of 1965.

In 1976 the Association moved into its present rooms in the Christchurch Arts Centre and a library was opened. Soon new equipment including an electric kiln, regular classes, weekend schools and a newsletter signalled the growth and prosperity of the Association. Today there are approximately 250 members and 11 affiliated regional groups, some with over 100 members each. From the early years when pottery making was a novelty and crowds flocked to view and buy at exhibitions, pottery now is an accepted way of life for many New Zealanders. The trend has changed from the early Japanese influenced forms to a multitude of internationally inspired styles and techniques. Now, it is said, we have more potters per head of population than any other country in the world.

Congratulations Canterbury Potters Association on your first 25 years. We look forward to an interesting retrospective view of your past and wish you every strength and success in the future. 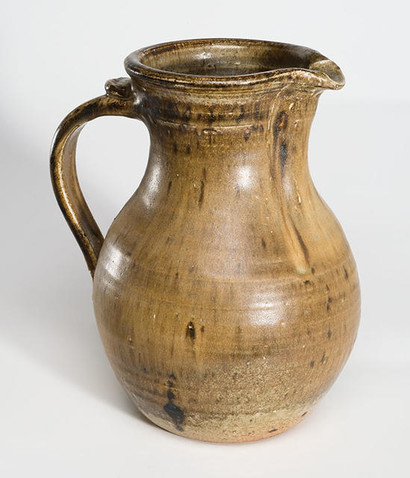 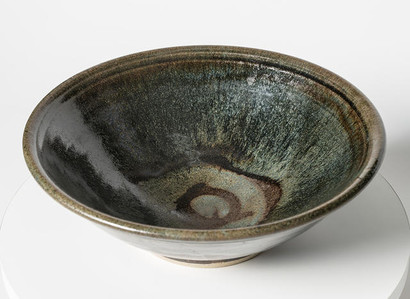 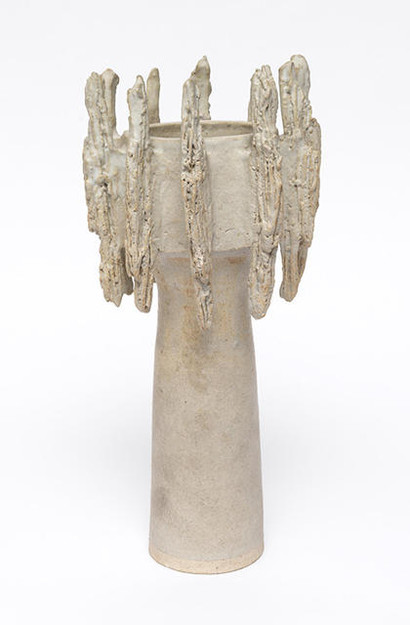 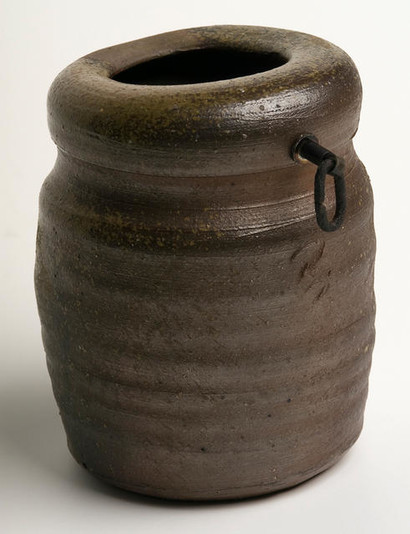 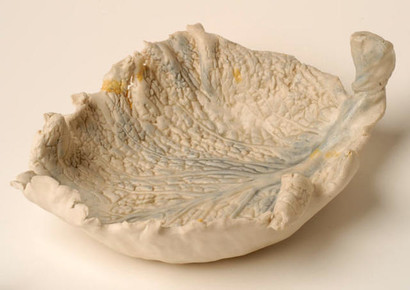 Bowl (In The Shape Of A Leaf) 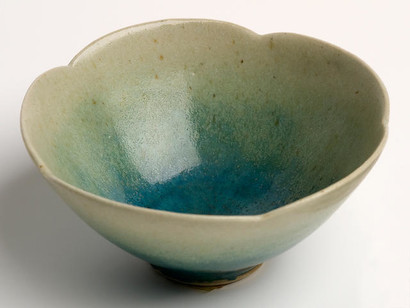 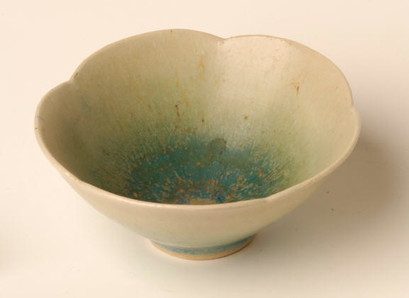 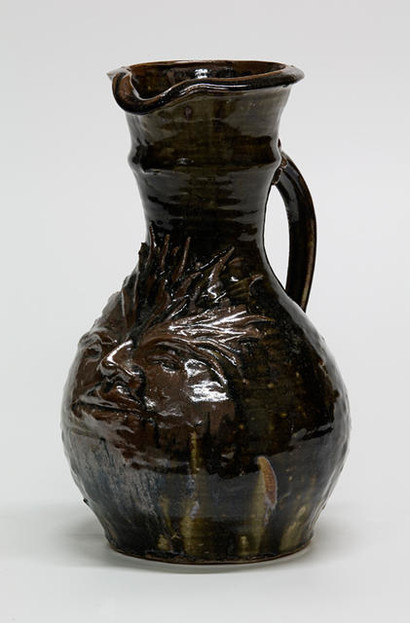 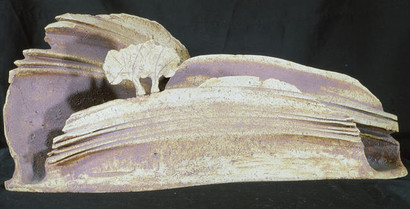 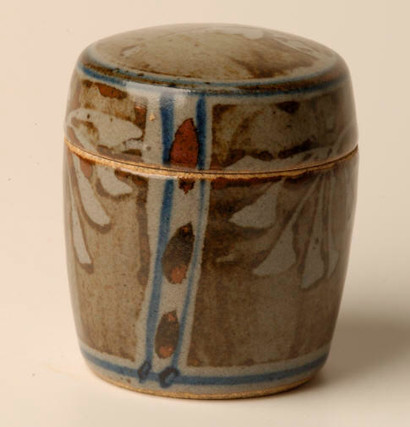 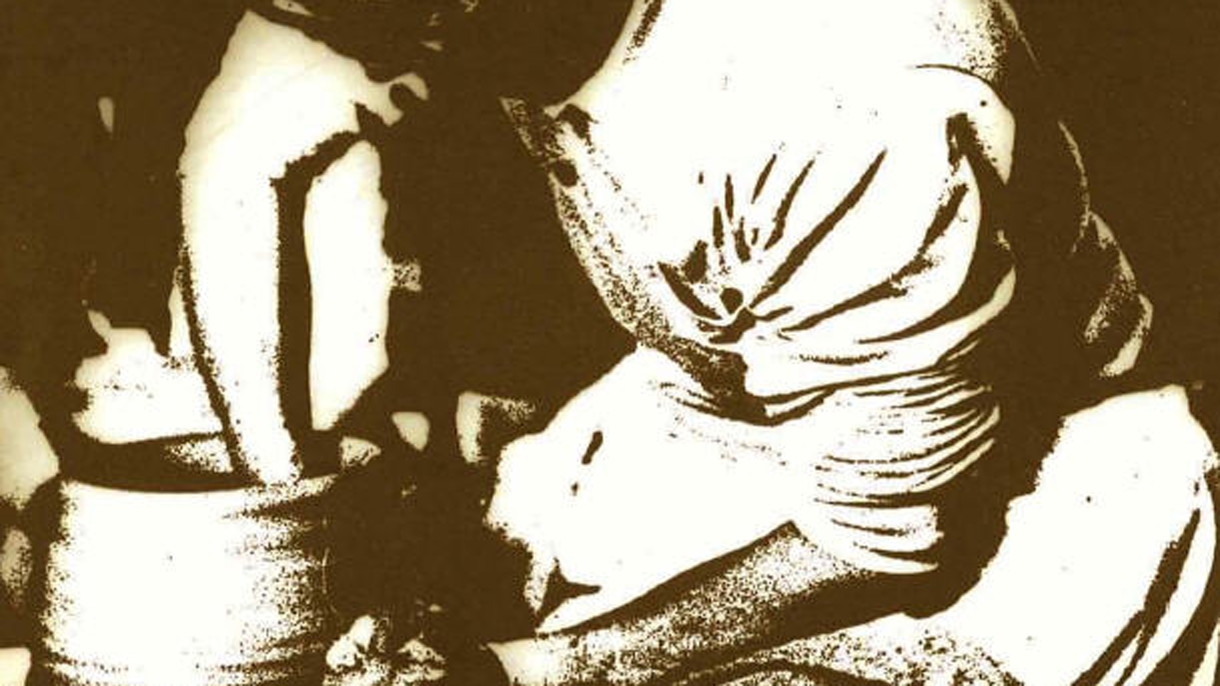 The Canterbury Potters Association was formed in 1963 at the suggestion of Helen Mason. This exhibition reviewed the work of the Association and its members during its first 25 years. 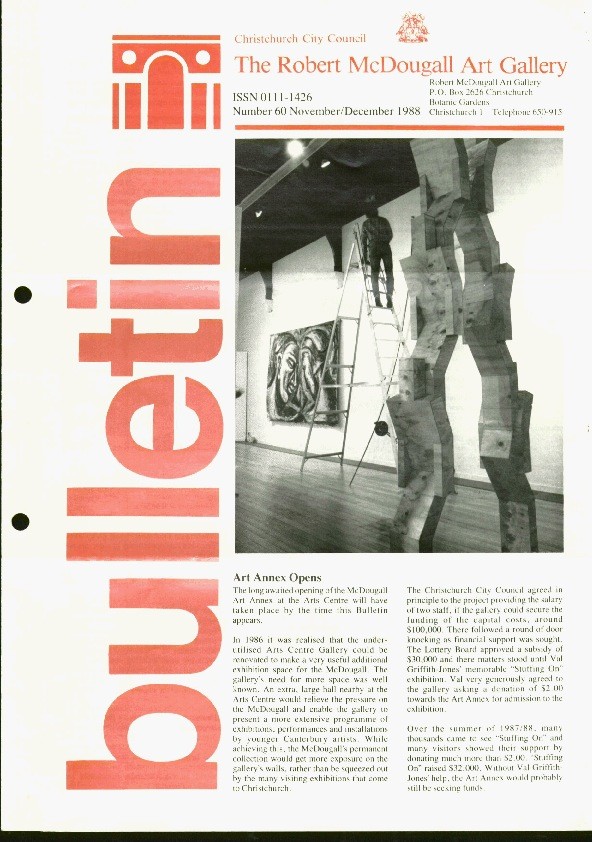