Stephen Gleeson executes portraits of people he knows well and this formal head is of New Zealand artist Joanna Braithwaite. Working from a combination of observation and memory, he has captured her character with a depth of quality and feeling. Gleeson’s work follows in the tradition of bronze portrait busts, a genre that was mastered by such international artists as Jacob Epstein (1880–1959) and New Zealander Francis Shurrock (1887–1977). Bronze is Gleeson’s favourite sculptural material. An alloy of copper and tin, it is a malleable metal to which colour can be added. He began casting bronze portraits in 1981 and they include works of the New Zealand artists John Pule, Neil Frazer and Fatu Feu’u. Gleeson was born in Christchurch and studied at the University of Canterbury School of Fine Arts, graduating in 1982. He began exhibiting in 1978 and has exhibited throughout New Zealand and at the National Portrait Gallery, London. Gleeson’s work is represented in public art institutions in New Zealand and in private collections. 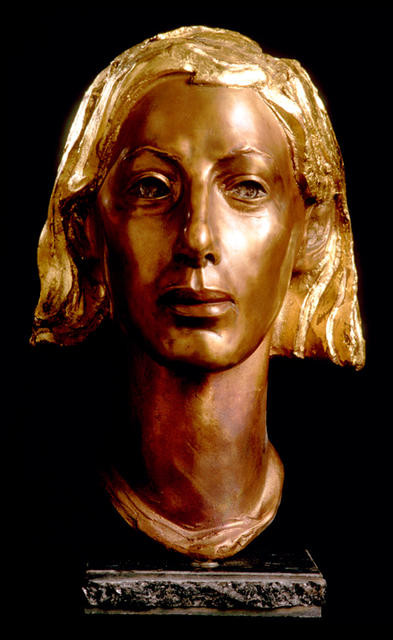