This is part of a major series of photographs that Margaret Dawson called The Men from Uncle. In it she dressed up her aging Uncle Hugh (who suffers from dementia) into characters of famous historical people – people in whom at some point of his life he was interested. In that way some of his own personality is revealed. Dawson reconstructed the images, which were based on the work of other famous photographers. Such as, in this instance, that of the acclaimed American photojournalist W. Eugene Smith (1918–1978). Through her reconstruction, Dawson, questions the idea of originality. Dawson originally trained as a nurse but later studied Fine Arts at the University of Canterbury and also completed a Bachelor of Arts in Feminist Studies. Dawson has won many awards, including a major fellowship in 1993. She has exhibited regularly throughout New Zealand since 1979 and has taught as Photographic Lecturer at Canterbury University School of Fine Arts. She lives and works in Christchurch. 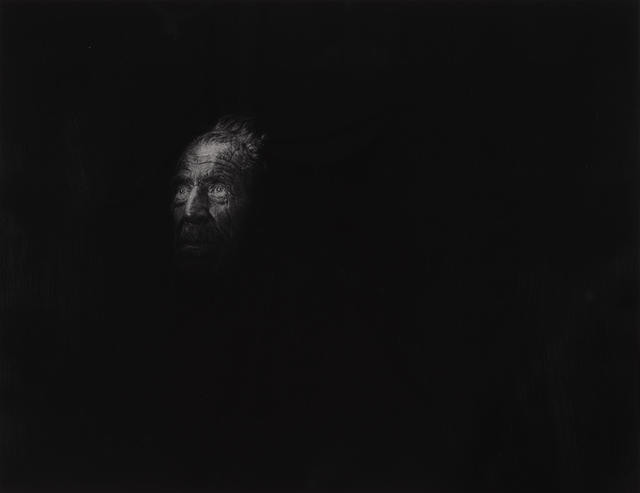