Matthew White Ridley was the son of architect George Ridley. He was born in Newcastle-on-Tyne, but by his mid-teens was living with his family in London. He was training as a painter when he first met James McNeill Whistler around 1856 in Paris. Ridley became a regular member of Whistler’s London circle, even modelling for some of his etchings, but absorbed little of his artistic approach. Although Ridley exhibited paintings at the Royal Academy, the British Institute and the Royal Society of British Artists between 1857 and 1880, this work better reflects his output as a popular journal illustrator and etcher. Its pensive young woman, sunflowers and patterned textiles present an undemanding interpretation of the fashionable Aesthetic Movement motifs of the day. 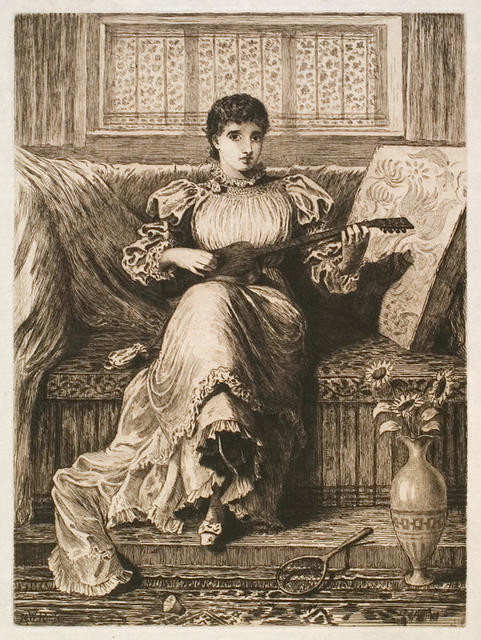