Dame Louise Henderson (1902–1994) was a noted New Zealand artist who had studied with the French cubist artist Jean Metzinger (1883–1956). This photograph is one of a series of New Zealand artists Adrienne Martyn was commissioned to take by the National Art Gallery of New Zealand. Martyn’s work is noted for her interest in surfaces and textures, and for the subtle way she brings out the personality of her subjects. She has photographed the rather challenging Louise Henderson in her domestic environment, without any visual references to her art, so bringing the focus of the image onto her personality. Martyn was born in Wellington and educated in Invercargill. In 1972 she moved to Sydney where she worked as a freelance photographer. Returning to New Zealand, in 1977 she attended Otago Polytechnic School of Art and held her first solo exhibition in 1978. In 1979 Martyn began photographing portraits and in the late 1980s she travelled to America and Europe. Since then she has completed numerous portrait commissions. 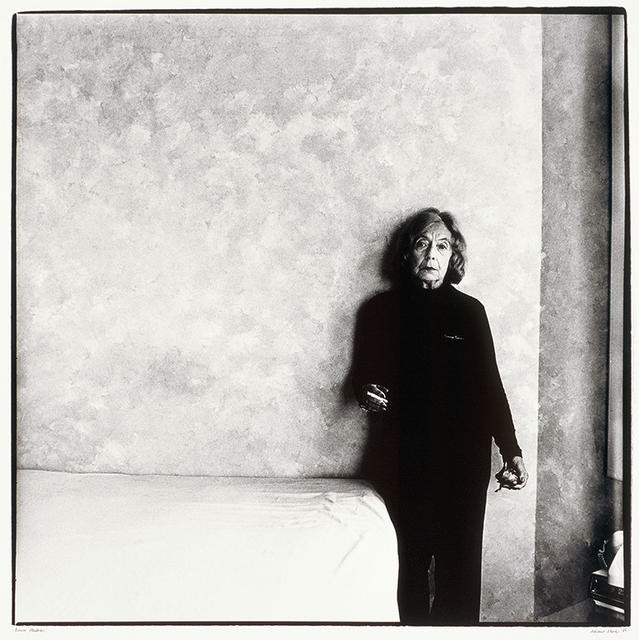