This print was made for publication in the Art Journal in 1854. It depicts the painting now in Tate Britain by George Romney (1734-1802) known as ‘Lady Hamilton (?as a Figure in ‘Fortune Telling’)’ reference number N00312.

The painting and its history are described in detail in the book 'George Romney : a complete catalogue of his paintings' by Alex Kidson (Yale University Press, 2015) where it is listed as 'Emma in a fortune telling scene', number 1491. It is also described in the book 'Robert Vernon's gift: British art for the nation 1847' by Robert Hamlyn (Tate Gallery,1993) where it appears as item 58. 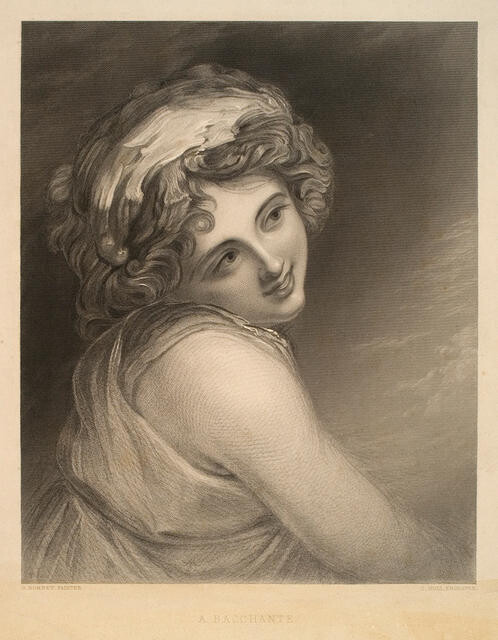