The pose of this sculpture by Russell Clark suggests the reclining figures of early classical sculptures, particularly the tomb sculptures of Roman or Etruscan funerary works. However, Clark’s style in Reclining Figure shows the influence of the British sculptor Henry Moore (1898 -1986). The drapery and stylisation are reminiscent of the bomb shelter and underground drawings made by Moore during World War II.

Clark was born in Christchurch and studied at Canterbury College School of Art. In 1929 he moved to Dunedin and worked as a commercial artist for the publishing firm John McIndoe. In 1938 he went to Wellington and was an illustrator for the New Zealand Listener. Clark was Official War Artist in the Pacific during World War II. He returned to Wellington, but in 1947 moved to Christchurch and joined the staff of the School of Art. As senior lecturer in painting Clark became an important influence on a generation of Canterbury artists. At the time he made Reclining Figure, Clark’s sculptural work overshadowed his painting. 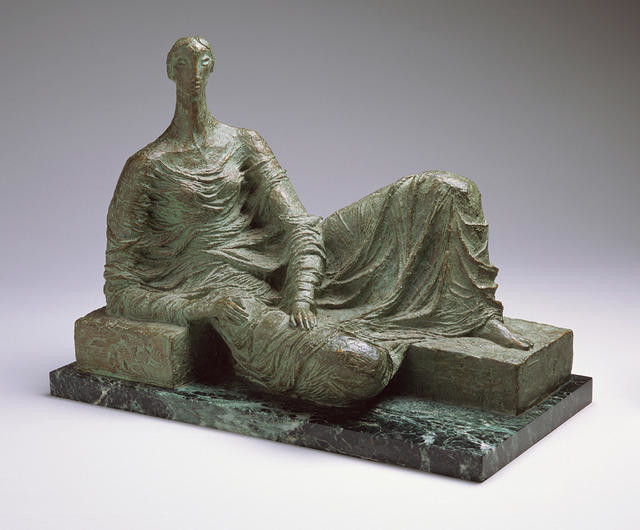