‘Bomber’s Moon’ relates directly to Christchurch born James Cook’s experiences in wartime London. After studying at Canterbury College School of Art, Cook travelled to Europe in 1926 for further study, before returning to Christchurch to teach in 1929. After living in Spain for three years from 1933, he moved to London. Although not an Official War Artist during the Second World War, Cook was permitted to make a record of New Zealand troops then in training in England. From 1941 he was based in Australia, working initially in the Australian Civil Construction Corps camouflage unit. He later became a significant teacher and art critic. (Brought to light, November 2009) 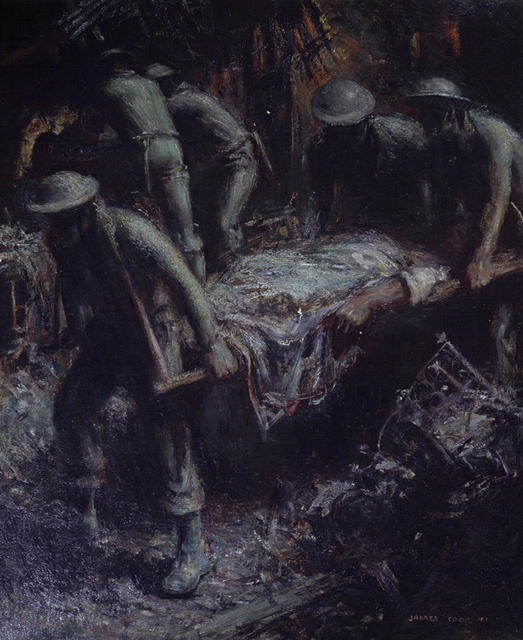